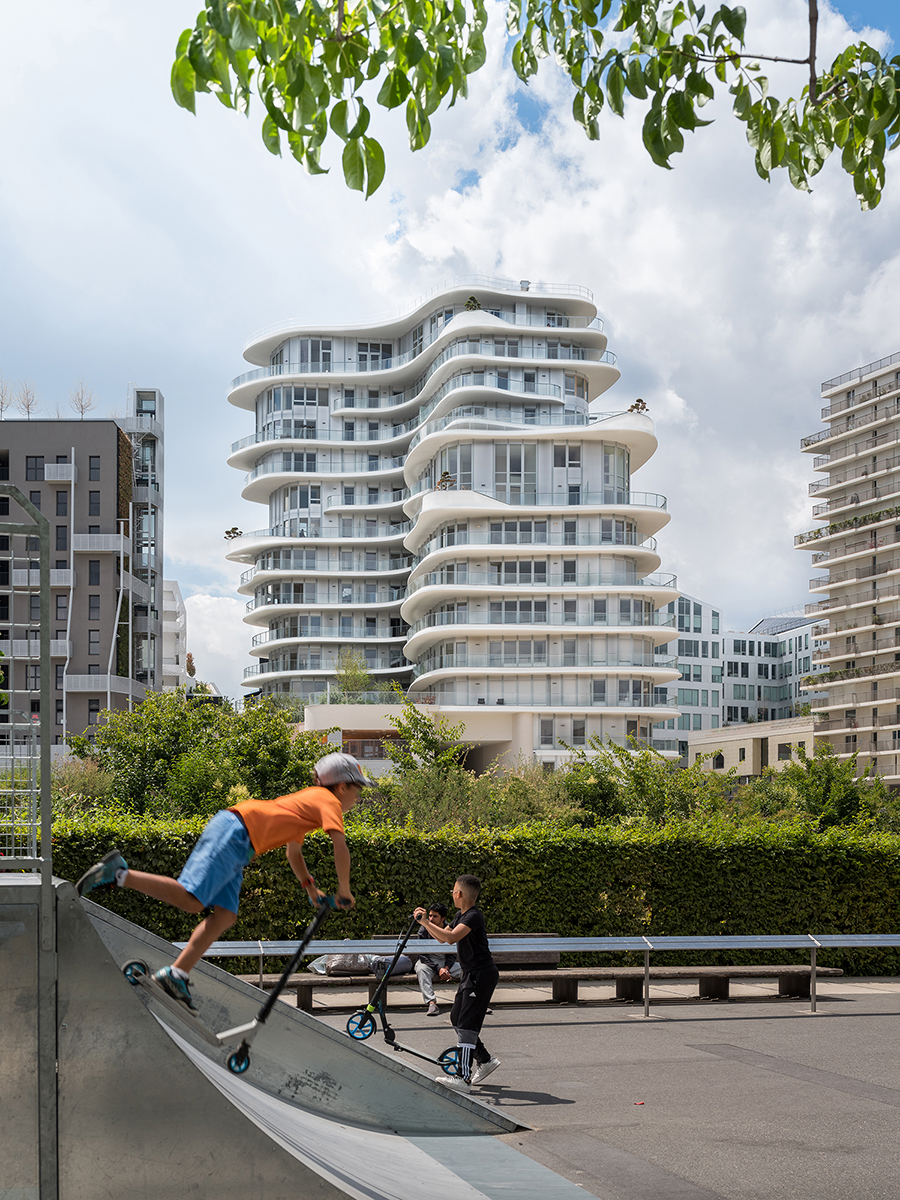 ‘UNIC,’ MAD Architects’ first built project in Europe, is nearing completion. Led by Ma Yansong, MAD was awarded the project in 2012 through an international design competition in collaboration with local French firm Biecher Architectes. Located in Paris’ 17th arrondissement, Clichy-Batignolles is a newly developing area of the city. ‘UNIC’ emerges as part of the mixed-use masterplan envisioned adjacent to the Martin Luther King Park – a 10-hectare green space. Unlike the static Haussmann apartment blocks that define Paris, MAD’s project is characterised by its interaction with nature in the urban environment. Its undulating floor plates form a series of terraces, creating dynamic spaces within and expansive gardens and balconies on the exterior. Each asymmetrical level slightly tapers as the building ascends, with the upper floors boasting panoramic views of the surrounding city and the Eiffel Tower. 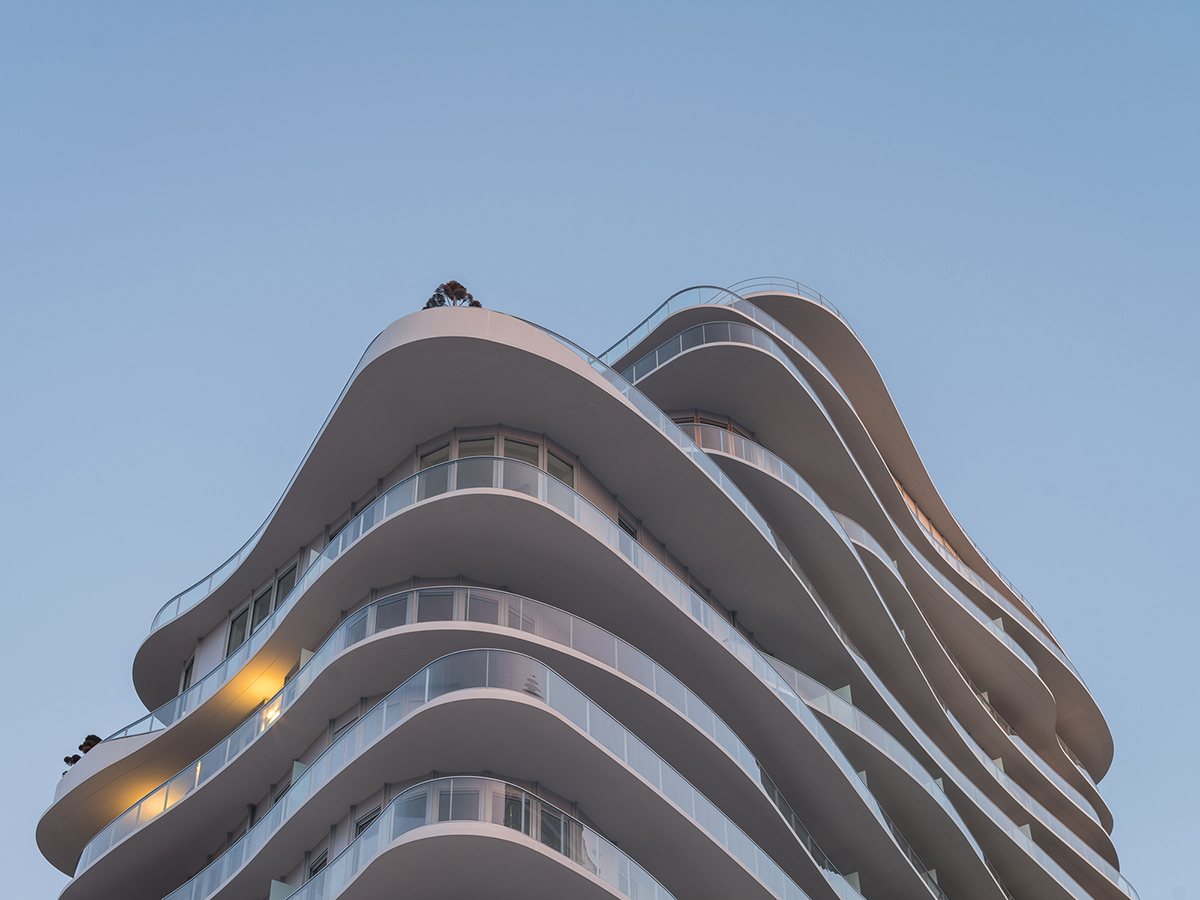 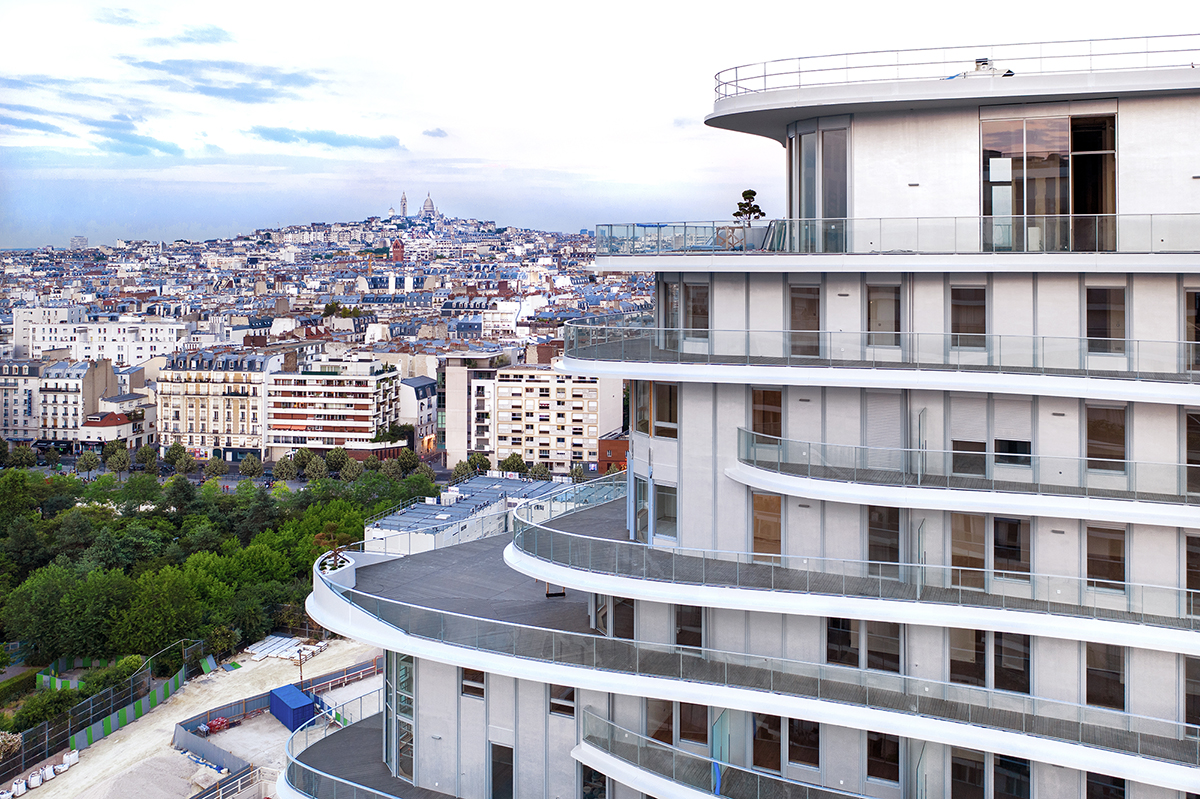 Clichy-Batignolles provides the opportunity for French and international architecture firms to collaborate and create a new part of Paris. The neighbourhood re-activation plan includes construction of new residential buildings, as well as other community resources. The area was divided into nine plots which were each assigned to a group comprised of architecture companies and developers. After winning the competition, these groups met regularly to discuss each team’s project within the bigger scheme of the neighbourhood. They particularly participated in a series of workshops to explore topics from the macro-scale urban plans to micro-scale details, such as sustainable community development, resource sharing, energy management, and population demographics. MAD’s design was the result of these workshops with the developers, architects and the Clichy-Batignolles inhabitants. In addition to which, the residential plot for ‘UNIC’ includes both private housing and affordable housing, thus enriching the dynamics of the neighbourhood. 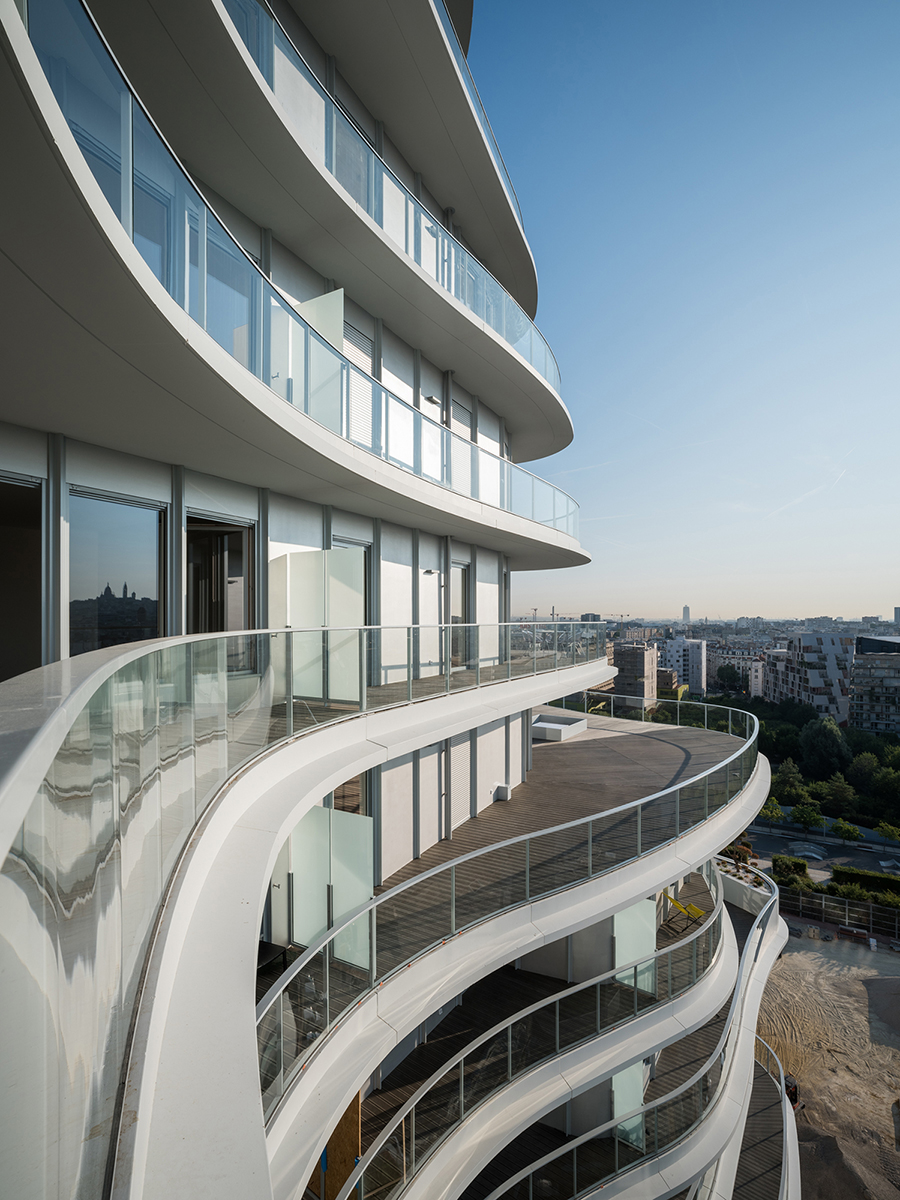 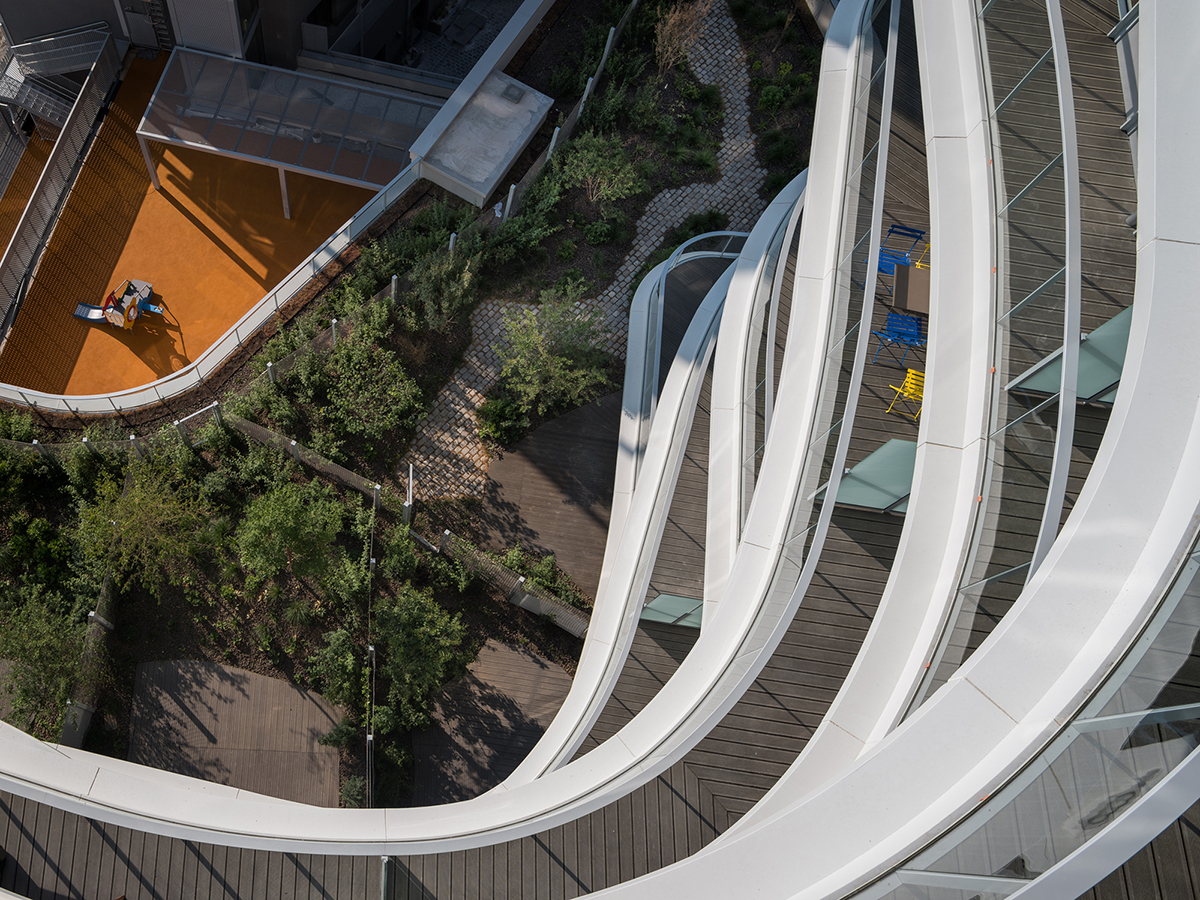 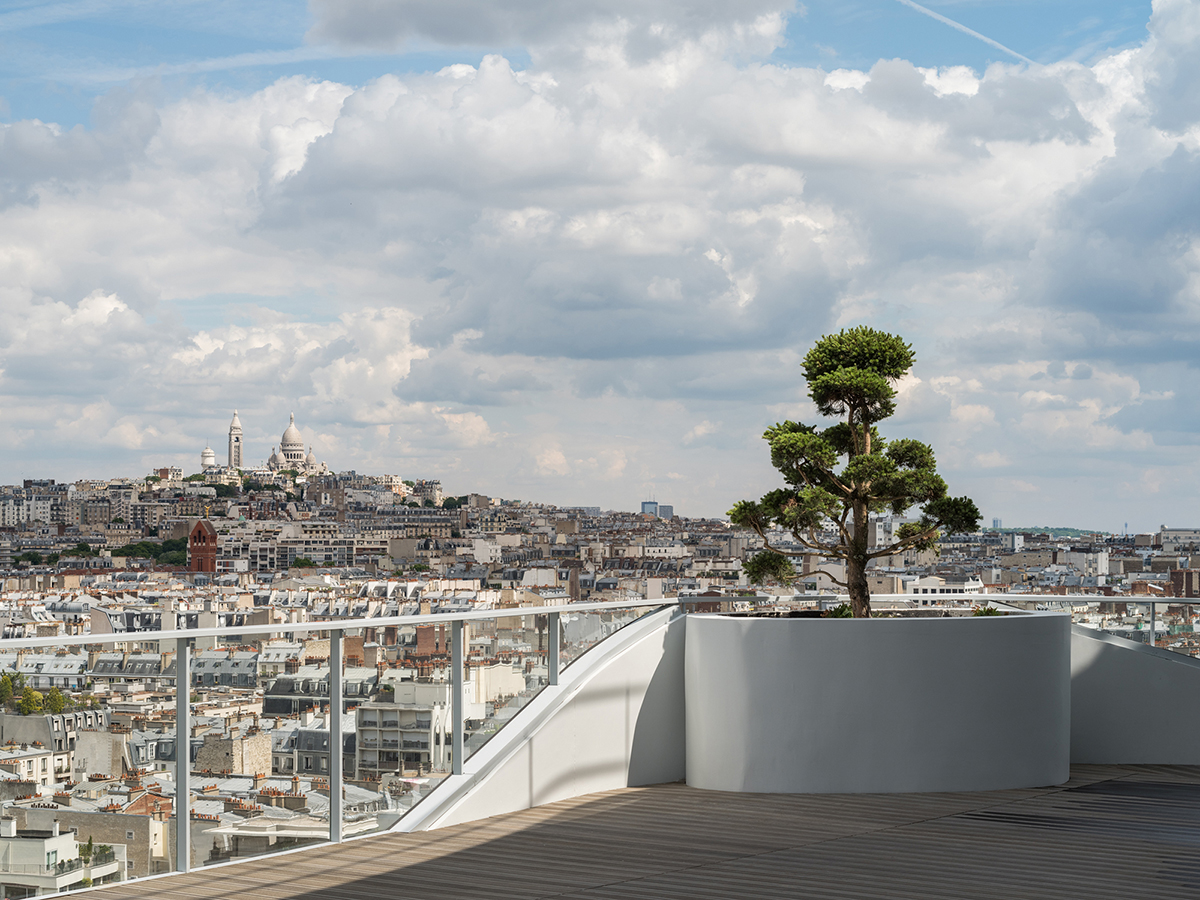 Situated in this evolving socio-economic boundary, ‘UNIC’ reinterprets the conventional residential typology. The design is characterised by sinuous floor plates, vertically extending the neighbouring green park. By combining residential density with raised gardens, the project is an upwards-growing organic arrangement, one that blurs the boundary between architecture and nature. Sharing the same podium with the affordable housing, its communal programming is further realised with the addition of the kindergarten, retail spaces, and other community resources at ground level. A metro station is integrated with the building, linking the community and neighbourhood to the greater Paris area. In contrast to typical modern cities that displace the connection between the ground and nature as they grow increasingly dense and vertical, MAD’s scheme creates an environment that is generous in natural spaces. Embracing the Parisian legacy of integrating nature and gardens into the urban center and everyday activities, ‘UNIC’ actively enhances relationships within the community, represents the neighbourhood’s evolution, and offers a contemporary vision of how nature can be integrated into the urban environment.

The project is expected to be completed in September 2019, with an estimated move-in date scheduled for November. 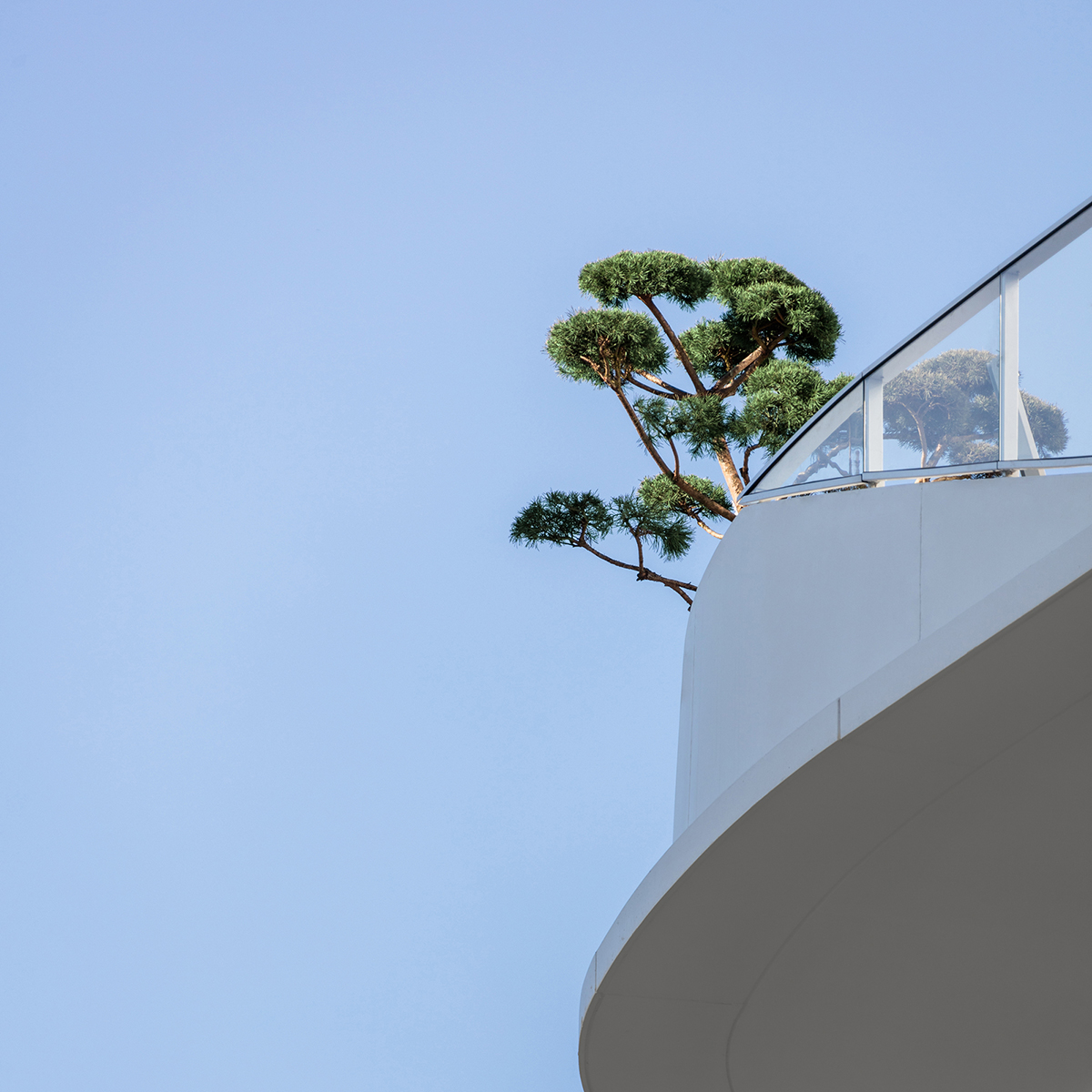 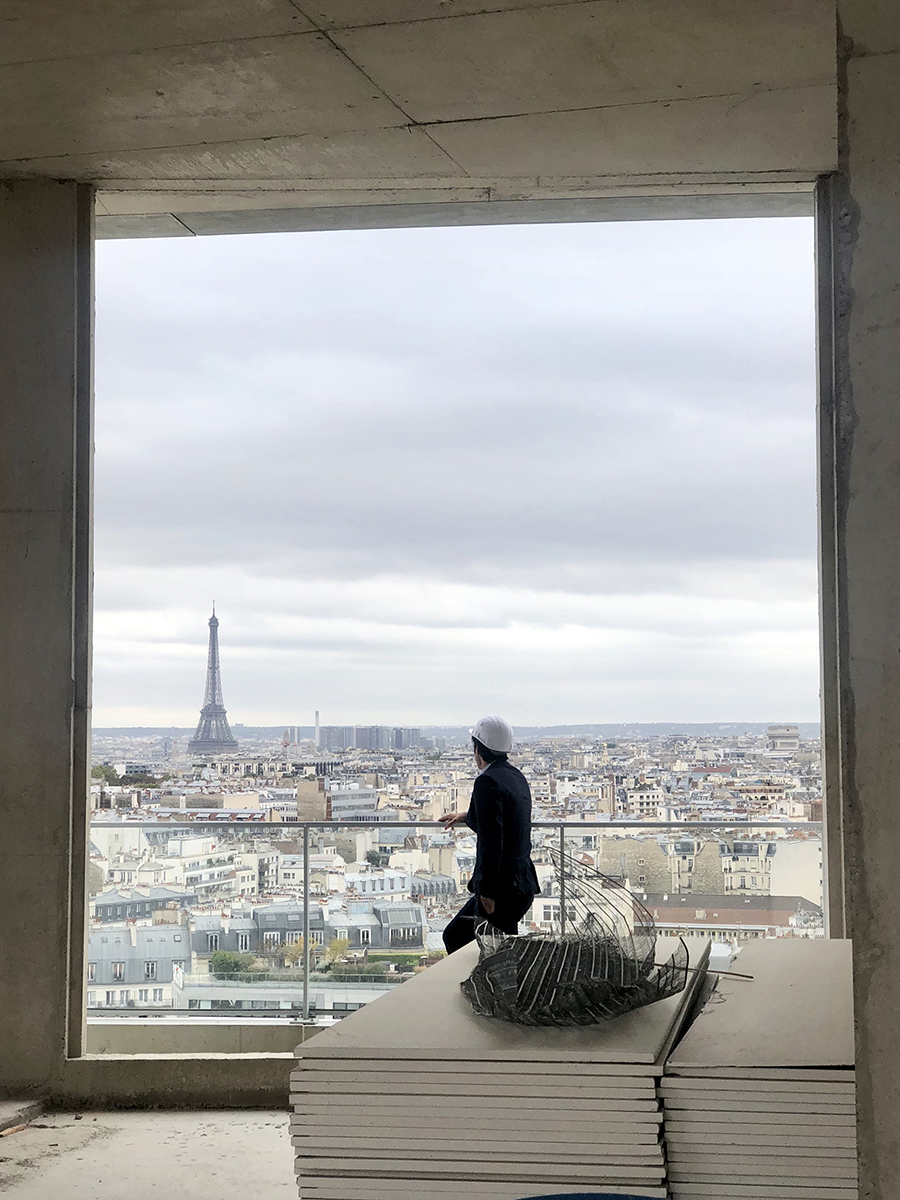 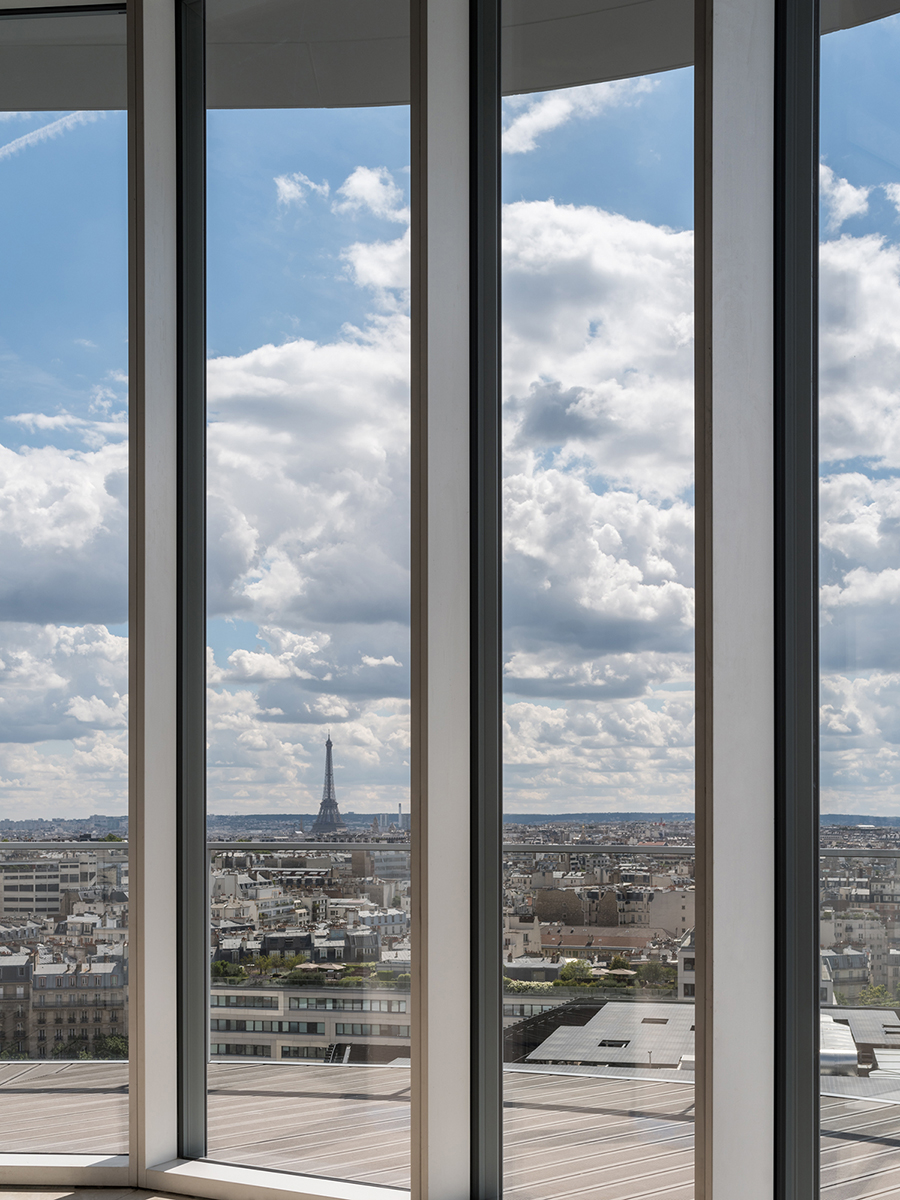