On August 10, 2022, MAD Architects and Echigo-Tsumari Art Field will jointly present an online event “A Voyage to Ma Yansong  MAD's Tunnel of Light” on the occasion of Echigo-Tsumari Art Triennale 2022. The event will be premiered on YouTube. With a series of talks and on-site scenery video essay, it unveils the project’s design philosophy, creative process and highlights its long-term impact on the local community. The event celebrates the MAD’s new artwork “Flow,” a part reinvention of the existing work created by MAD in 2018 and a newly internationally released book “Tunnel of Light.”

The one-hour program will begin with MAD’s founder Ma Yansong and the triennial’s general director Fram Kitagawa’s conversation about the birth of “Tunnel of Light.” Afterwards, MAD’s partner Yosuke Hayano will host two talks about the artwork. His talk with Satoshi Seto, project’s collaborating technical director, reveals the behind-the-scenes of the implementation process and its technical challenges. His another talk with Koji Ichikawa, Assistant Professor at Tohoku University, centers on the spatial experience within the artwork. The video recording of the local scenery will be interspersed throughout the event.

Speakers featured in the short film:

Born in Niigata Prefecture in 1946. Graduated from Tokyo University of the Arts (majored in Buddhist sculpture history). Kitagawa has received high praise for his involvement in activities related to community development, such as his lead role in the planning of the Faret Tachikawa Art Project and the cultural activities he oversees at the Daikanyama Hillside Terrace. He has served as the general director of the Echigo-Tsumari Art Triennale since 2000, and has made a major contribution to the development of the region through art. He has also served as the general director of the Setouchi Triennale, the Boso Satoyama Art Festival: Ichihara Art x Mix, Northern Alps Art Festival as well as the Oku-Noto Triennale. 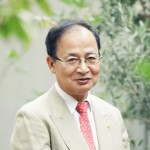 Beijing-born architect Ma Yansong is recognized as an important voice in the new generation of architects. He is the first Chinese architect to win an overseas landmark-building project. As the founder of MAD Architects, Ma leads design across various scales, with the vision to create a new balance among society, the city, and the environment through architecture. At MAD, Ma has created a series of imaginative works, including Absolute Towers, Harbin Opera House, Hutong Bubbles, Chaoyang Park Plaza, Quzhou Sports Park, and Yiwu Grand Theater. In 2014, Ma was selected as the principal designer for the Lucas Museum of Narrative Art, which made him the first Chinese architect to design an overseas culture landmark. Parallel to his design practice, he also explores the cultural values of cities and architecture through domestic and international solo exhibitions, publications, and art works. 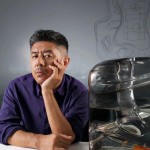 Yosuke Hayano oversees all design works at MAD, directing each design team to seamlessly materialize MAD’s philosophy, from concept sketch to technical drawing to final architectural form. Yosuke also oversees MAD’s design language across all scales, from the human scale to the architectural and urban scale, thus implementing MAD’s unique, site-specific architectural response for each project. Yosuke has been the winner of several high-profile awards in his career to date, including the Architecture League of New York Young Architects Award (2006), the Design for Asia Award (2011), and the Kumamoto Artpolis Award (2011). 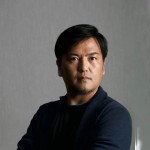 Born in Niigata City, Niigata Prefecture in 1967, Satoshi Seto graduated from the Department of Architecture, Faculty of Engineering, Niigata University in 1990, and joined Green Sigma Co afterwards. He is a first-class architect, heritage manager, and certified engineer in urban and regional planning in the construction sector. In addition to architectural design, he is also involved in research and design related to cultural assets such as historical buildings, historic sites, and scenic spots. His representative works include the design of the Echigo Winery Restaurant, the Ozenuma Visitor Center, the maintenance of the former Ozawa Family Residence, a Niigata City cultural property, and the conservation and restoration of the former Sekizan Hozoin Garden, a National Historic Site. 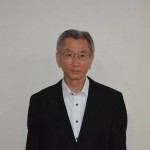 Born in 1985. Koji is an architectural historian and has a PhD in engineering. He is currently an assistant professor at the Graduate School of Engineering, Tohoku University and a lecturer at Kuwasawa Design School. Previously, he worked as an educational research assistant at the Department of Architecture, Faculty of Fine Arts, Tokyo University of the Arts, and an assistant professor of architecture at the Faculty of Science and Technology, Meiji University. From 2013 to 2015, he studied at the School of Architecture, Tsinghua University as a Chinese government scholarship student. His is the author of "Tiananmen Square - A Spatial History of China's National Square" (Chikuma shobō, 2022 Book Award of the Architectural Institute of Japan), etc. His translated works include “Building Houses” by Wang Shu (MISUZU Shobo, co-translated), etc. 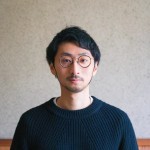 The Echigo-Tsumari Art Triennale (ETAT) is one of the largest art festivals in the world as well as the pioneer of regional art festivals taking place across Japan. It has provided an alternative way to explore satoyama following artworks as guiding lights which has received great attention both within and outside Japan as a leading practice of community building by art.

Founded by Ma Yansong in 2004, MAD Architects is led by Ma Yansong, Dang Qun, and Yosuke Hayano. It is committed to developing futuristic, organic, technologically advanced designs that embody a contemporary interpretation of the Eastern affinity for nature. With a vision for the city of the future based on the spiritual and emotional needs of residents, MAD endeavors to create a balance between humanity, the city, and the environment. MAD's projects encompass urban planning, urban complexes, municipal buildings, museums, theaters, concert halls, and housing, as well as art and design. Its significant projects include Absolute Towers (Canada), Lucas Museum of Narrative Art (USA), FENIX Museum of Migration (Netherlands), Clover House kindergarten (Japan), Harbin Opera House, Cloudscape of Haikou, Chaoyang Park Plaza, and Jiaxing Train Station, among many others.

The company was established in 1982, and Art Front Gallery has started as a commercial gallery for contemporary art in 2010. Since then, we have organized a considerable number of exhibits. At present, our gallery presents a number of Japanese and international artists ranging from emerging artists to established ones. We organize more than 10 exhibitions every year, and also develop various relating projects sending progressive messages to the audience around the world. We make the gallery a project space shedding new light on the specificity of the spirit of our time as well as on the social context surrounding the art. Covering a wider range of art besides exhibitions, we support private collectors and others to realize their needs.

About Tunnel of Light

Tunnel of Light is located at Kiyotsu Gorge which is known as one of the three great gorges of Japan. The 750-meter-long tunnel links three viewing platforms where tourists can look out at the surrounding scenery. MAD rebuilds the entrance facility. The building has two floors. Ticket offices, a café, and a souvenir shop occupy the ground floor. An ingeniously designed foot space makes up the upper floor. Above, the top of the conical roof forms an unusual skylight framed by prismatic mirrors, capturing the running river in the distance as an inverted reflection. Going through the tunnel, visitors will encounter three reinvented viewing platforms—Invisible Bubble, Drop, and Light Cave. Each brings visitors into a different spatial experience. The newly released installation “Flow” creates a feeling of whirled time-space at the second platform. 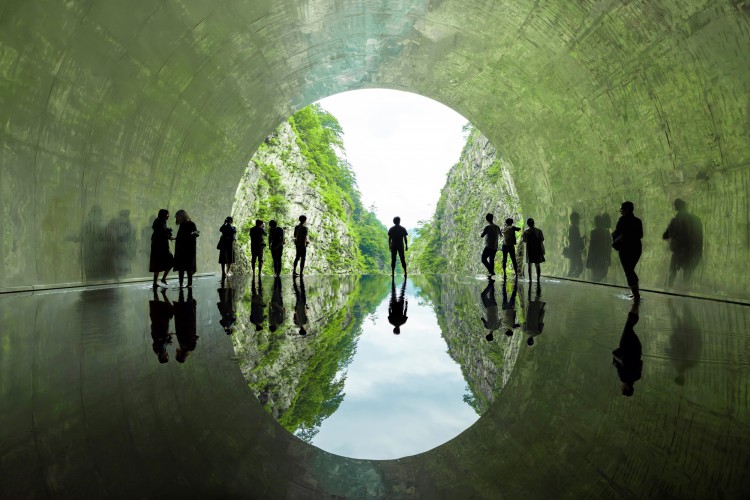 Themed on "Tunnel of Light", the newly released book shows the design background, concept, behind-scene stories and interviews for this architectural artwork. It travels between tradition and modernity, illuminating the Kiyotsu Gorge, and serving as a conduit between nature and the spiritual space. The Japanese and English bilingual edition is written by Ma Yansong, prefaced by Fram Kitagawa, postscripted by Fang Zhenning, and published by Gendaikikakushitsu Publishers globally. Now the book is available to purchase on Amazon. 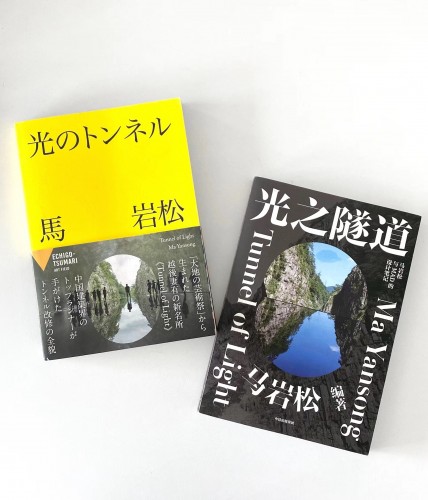 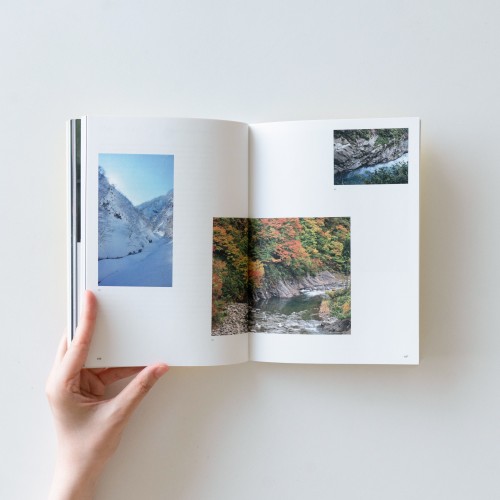 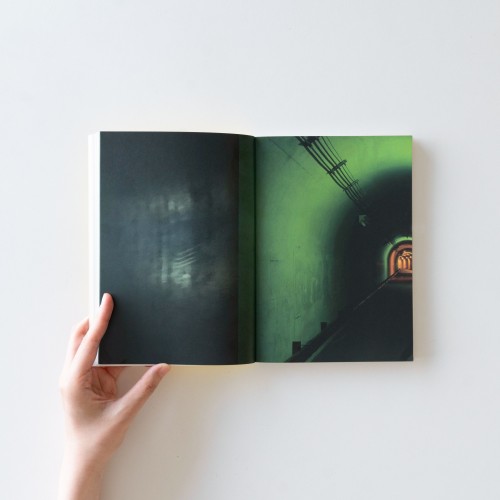 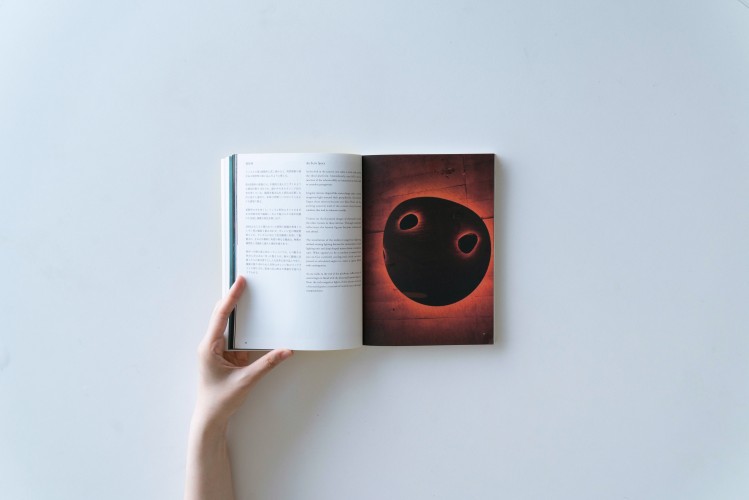