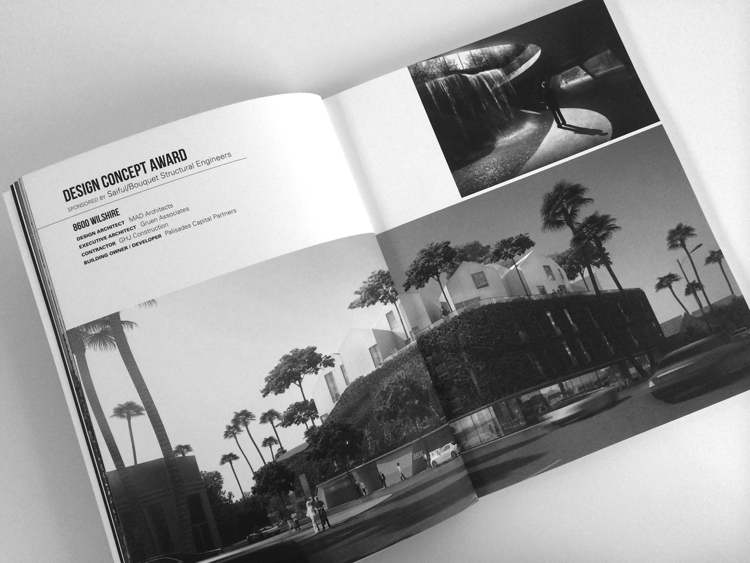 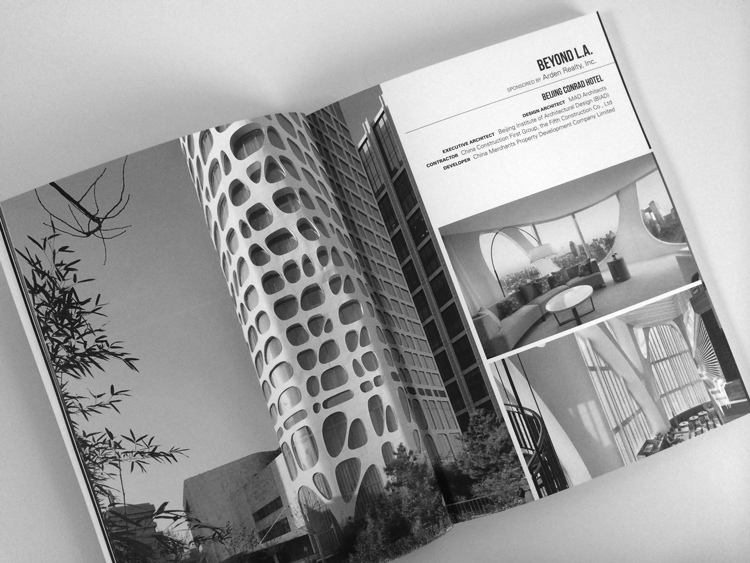 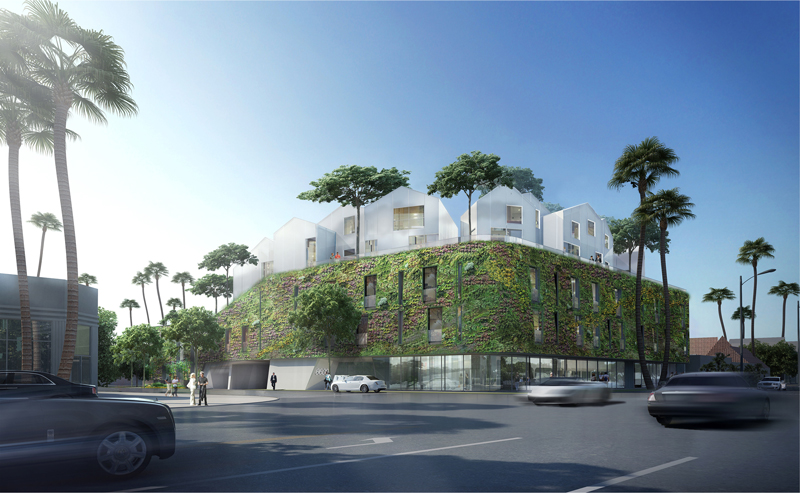 Located in Beijing CBD, Beijing Conrad Hotel has the exterior facade that is a neural network reacting to the interior grid structure. The softly undulating surface expresses the organic vitality of man-made structure. It moves sinuously as it reaches towards the sky. MAD's design represents the subtle invasion of nature into Beijing, softening the rigidity of efficient and anonymous structures. 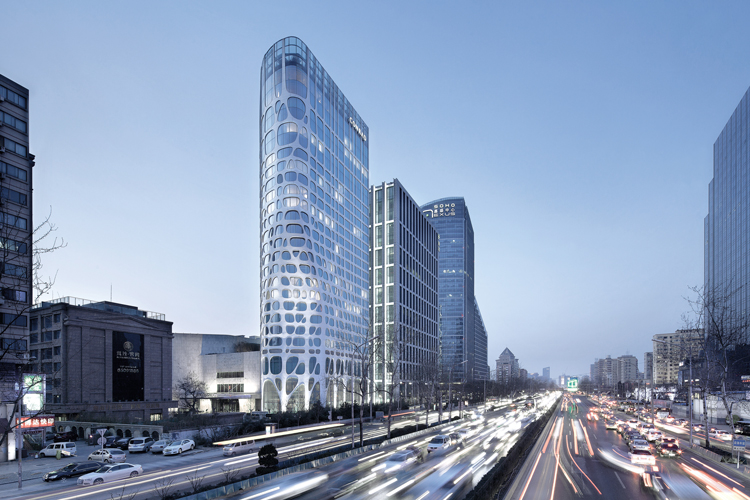