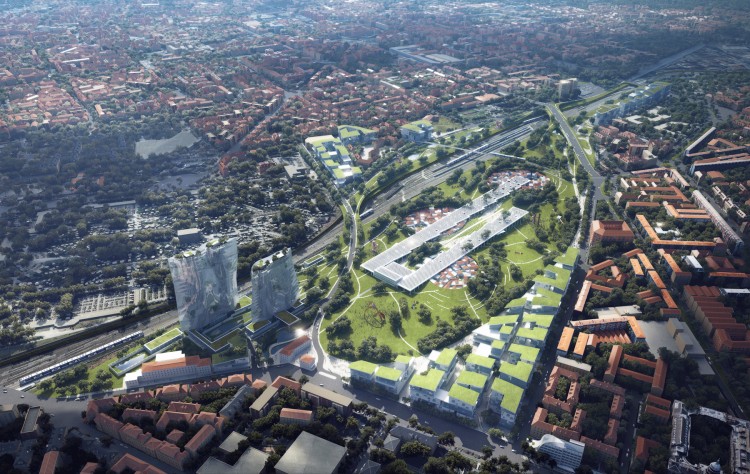 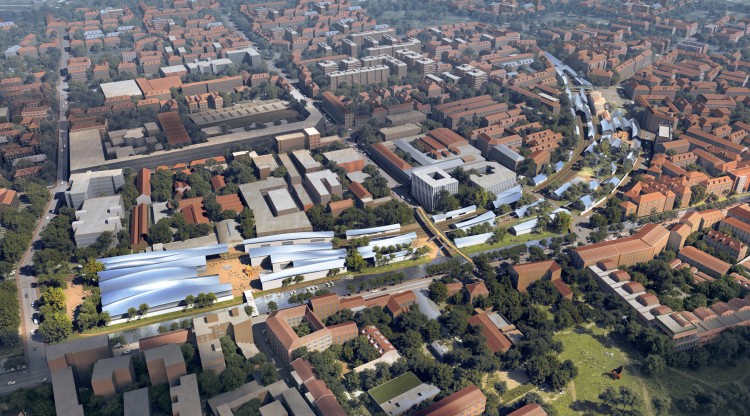 The railyards, essential objects of the Scali Milano research, have been in varying states of disuse since the last century. The repurposing of the railyards represents an important part of the Lombardy Region’s, and the larger Italian Metropolitan Region’s, urban discourse that the city of Milan can uniquely address. Central to this discourse is the integration of the fabric of the old city into part of a holistic plan that can address and celebrate population growth as the city continues to densify, through the introduction of additional mass transit infrastructure, affordable housing typologies, and sustainable mixed-use development. 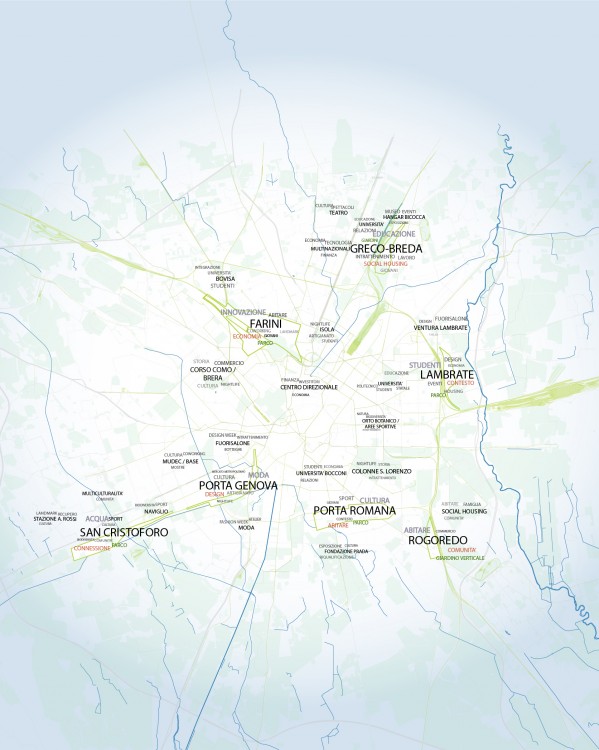 Last December, MAD participated in a three-day open workshop, led by FS Sistemi Urbani (FS Urban Systems), Comune di Milano (the Municipality of Milan) and Regione Lombardia (Lombardy Region) with Milan’s citizenry, planning officials, academics, and architects. Using research from these workshops, the seven research studies in MAD’s Historical Future: Milan Reborn emphasize the competitive global design capital’s situation within the intersection of the contemporary “Rhine-Alpine Corridor” and the “Mediterranean Corridor,” as well as its place within a broader, and global, metropolitan network.

Ma Yansong states: “The vitality of the future city does not rely on top-down modernist planning, but exists in the symbiosis of multi-layer urban elements, and the chemistry among them.” These elements, such as the railyards fragments, have the potential to be redesigned to adapt to, and meet, the needs of a variety of contemporary social concerns, through their addressing of specific localities and communities. Context-specific design interventions will stimulate necessary socioeconomic opportunities, and help reshape the city of Milan.

Scalo Farini and Valtellina
Having the largest total land area of the railyards (618,733 sqm), and situated in north-western Milan, Scalo Farini and Valtellina offers extraordinary connectivity to the Central Business District and the larger city through an upcoming M5 underground line development. Farini and Valtellina’s proposal is organized as a topographic civic landscape with a gradient of housing typologies situated around its boundary, designed to reactivate the site as an organic community that reconciles the congestion of the inner city with the tranquility of a rural environment.

At the site’s center, three “villages,” dense aggregations of residential, commercial, and public development, are grafted into the landscape around a repurposed freight warehouse, which houses a mixture of civic resources. An organizational nexus, the freight warehouse unifies the scales and programs of the design proposal, as well as an internal system of pedestrian and cycling paths that connect Scalo Farini and Valtellina to its urban context. Social housing developments, emulating traditional Italian courtyard residences, sit in dialogue with two contoured, mixed-use towers rising from a repurposed plinth adjacent to the Porta Garibaldi train station. 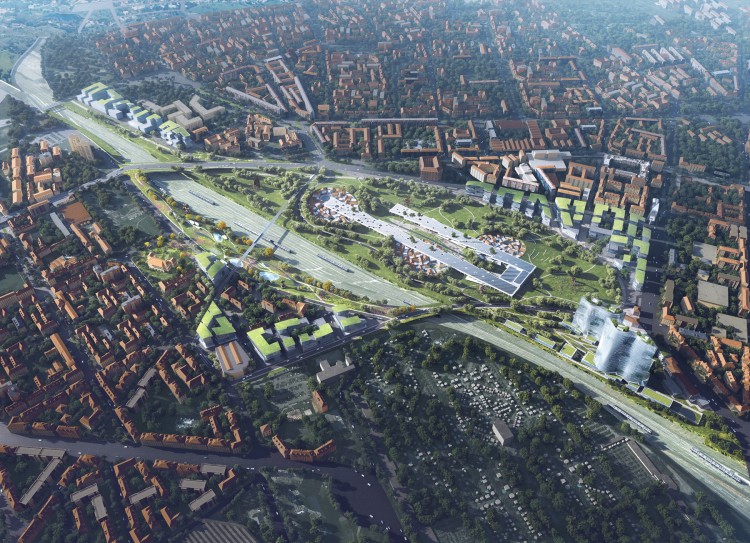 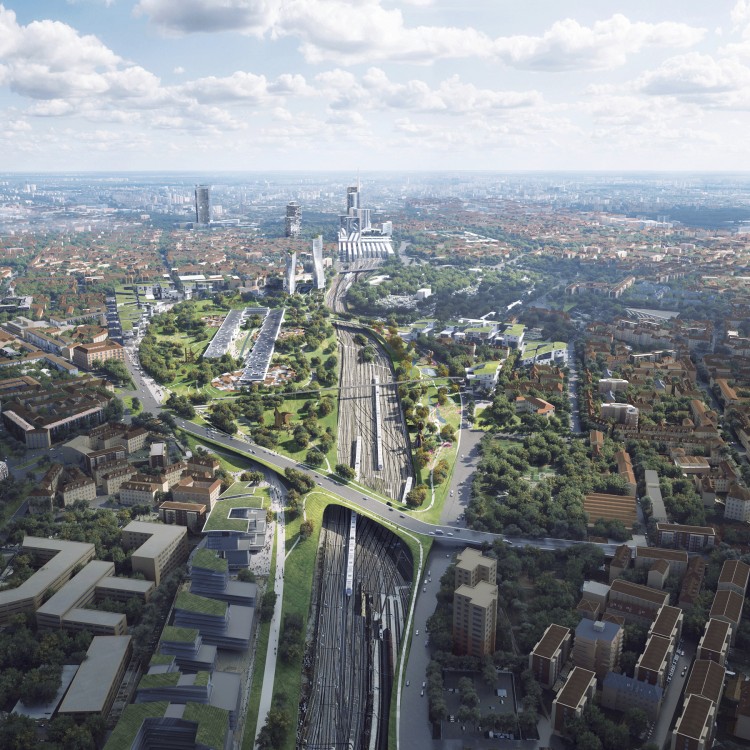 Scalo Porta Genova
Located in south-eastern Milan along the Naviglio Grande, Scalo Porta Genova is situated in a local context long-supporting fashion and culture industries, and has been primarily designed to host pavilions for events, performances, and markets that encourage social interaction. As an extension of the activities that give identity to its context, the proposal encourages at the same time a renewed relationship with the demands of commerce at an international scale. 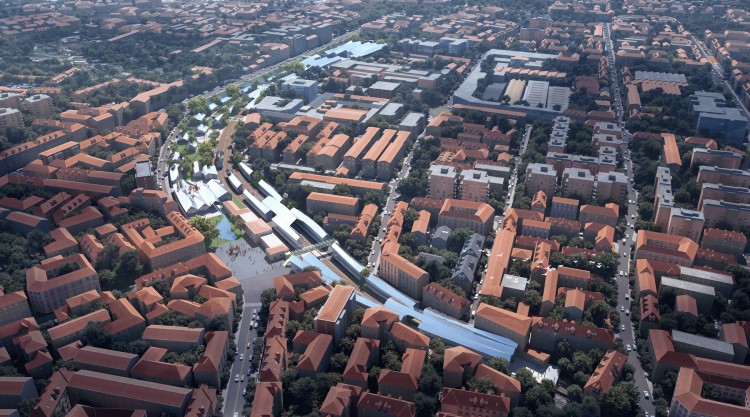 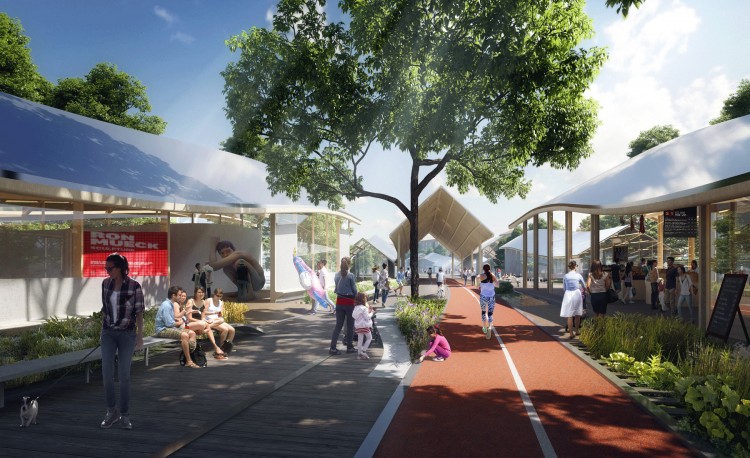 The diagrammatic approach used in Historical Future: Milan Reborn addresses a vernacular development typical of Italian cities, where various typological elements and scales are overlapped into dense systems of relations. Designing first at the human scale within recognizable landmarks, the broader urban scale is connected to smaller ones through the interjection of topographic landscapes, serving to unify the continually changing relations of the pedestrian, city, and nature. Each of the yards, following the necessities of their adjacent neighborhoods, will thus take on new lives and functions within their sites’ dense histories.

MAD also presents their research proposals for five other railyard areas: Scalo San Cristoforo, Scalo Rogoredo, Scalo Lambrate, Scalo Greco-Breda, and Scalo Porta Romana. The seven proposals of Historical Future: Milan Reborn, along with those of the four other teams participating in the Scali Milano initiative, are being publically displayed during Milan Design Week, from the 4th-9th of April, 2017. 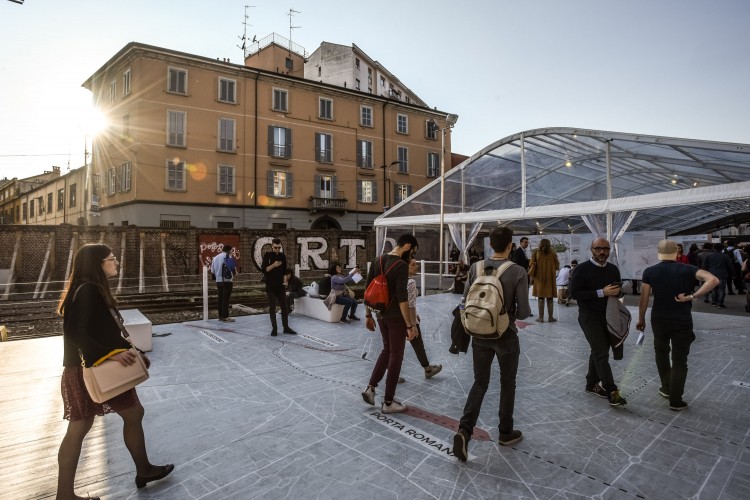 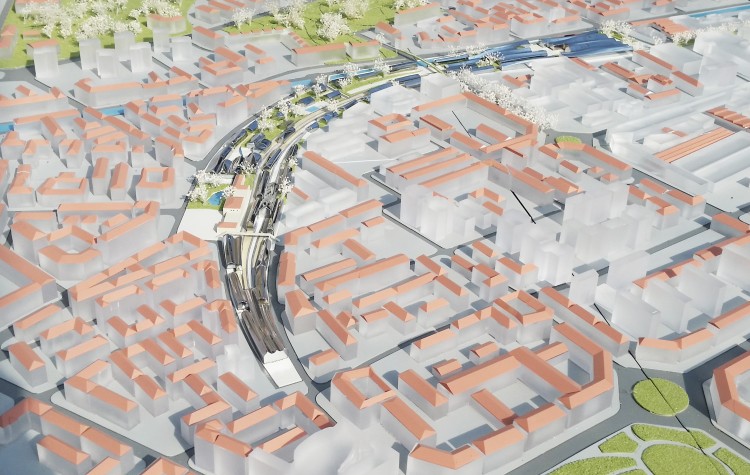 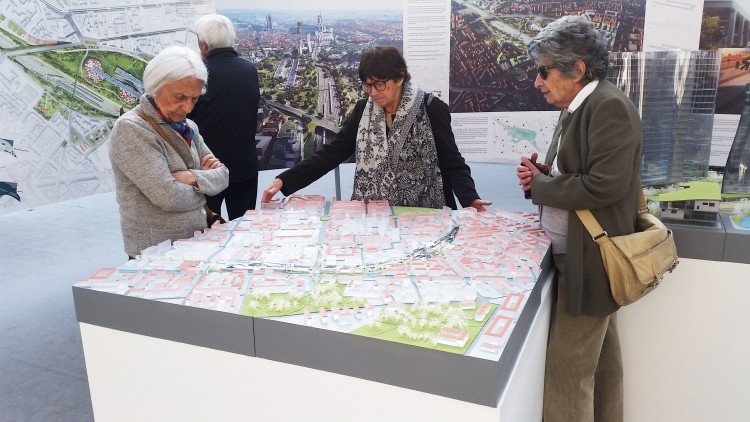 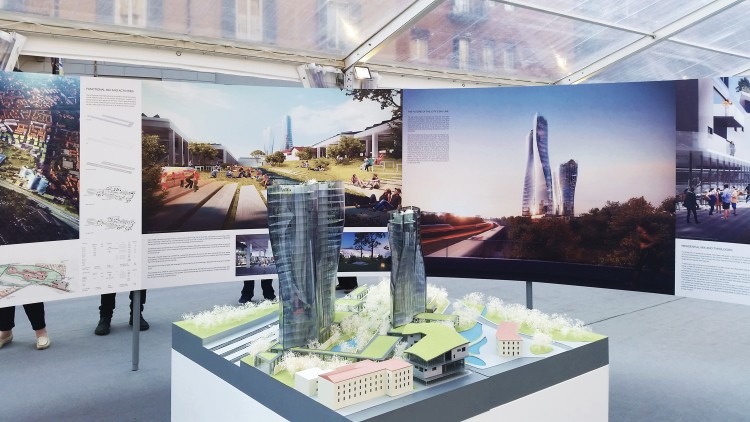 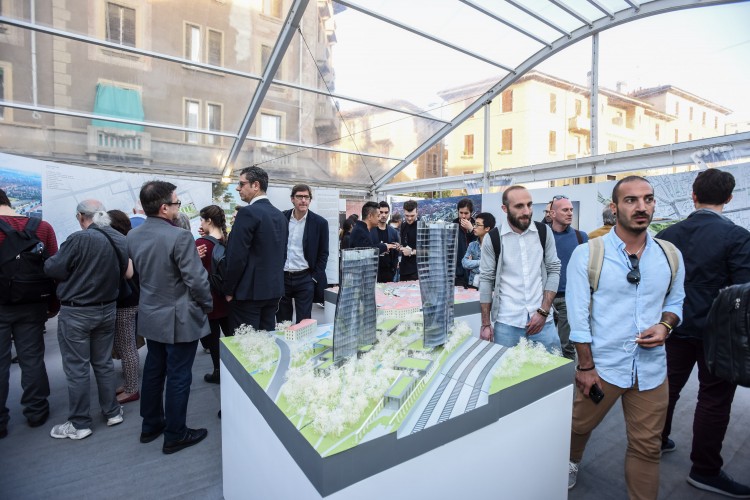 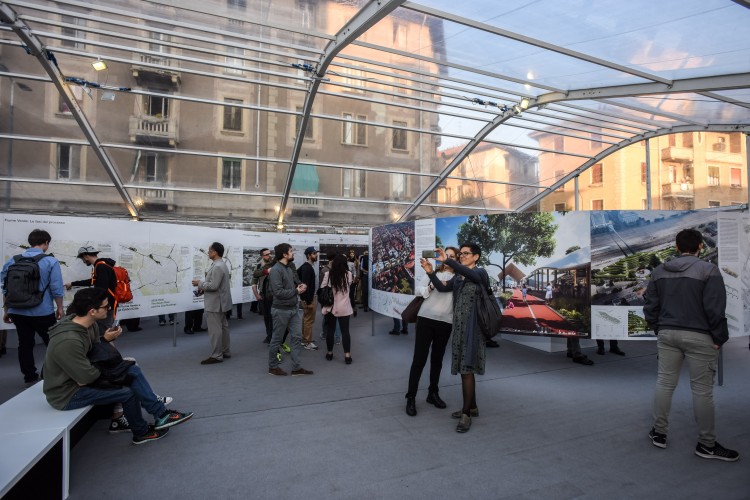 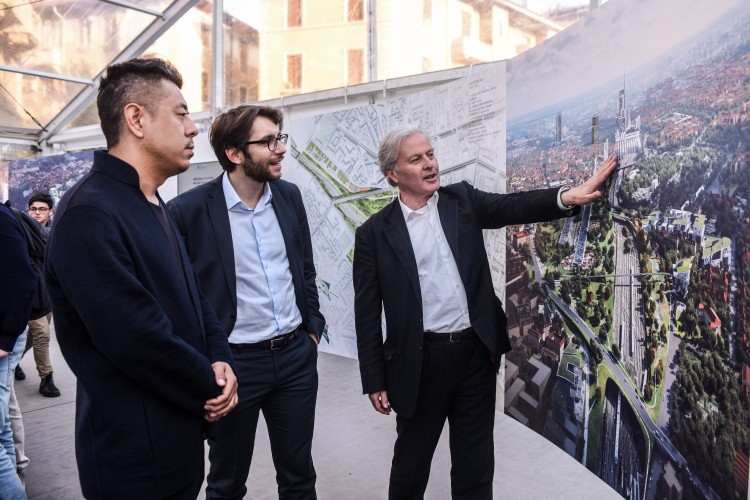 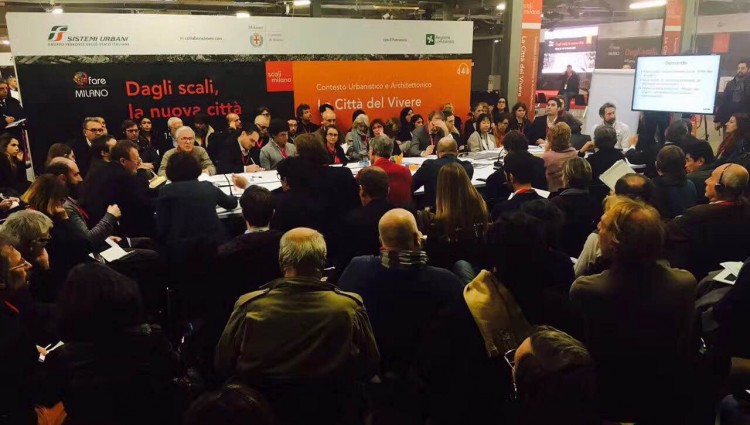 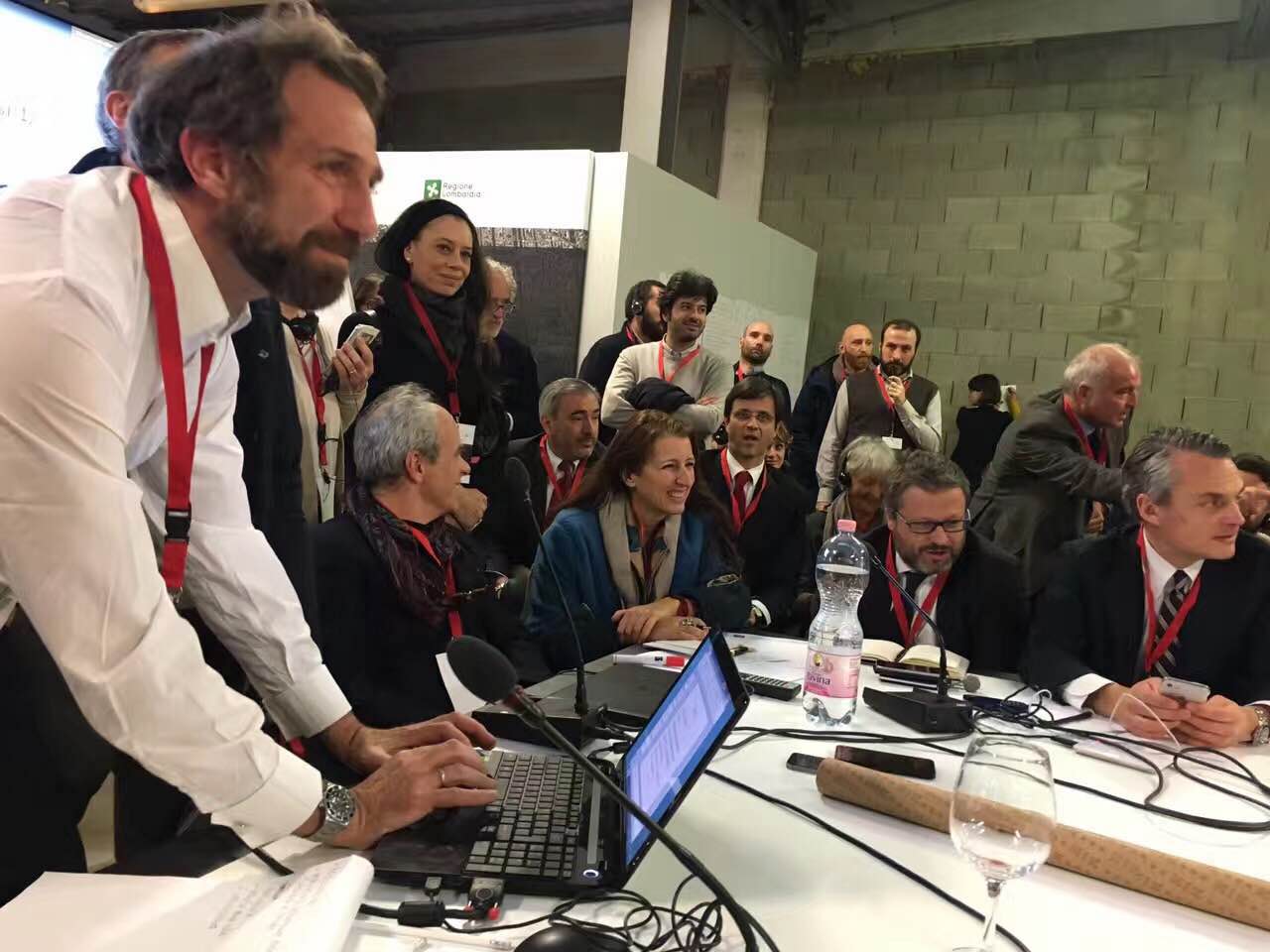 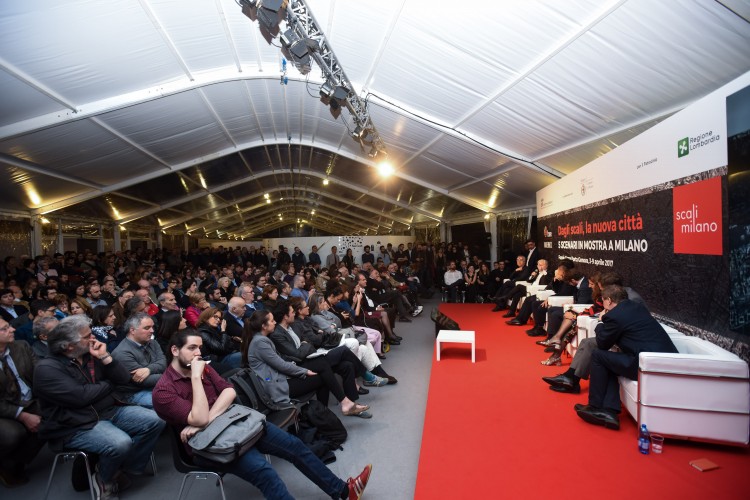 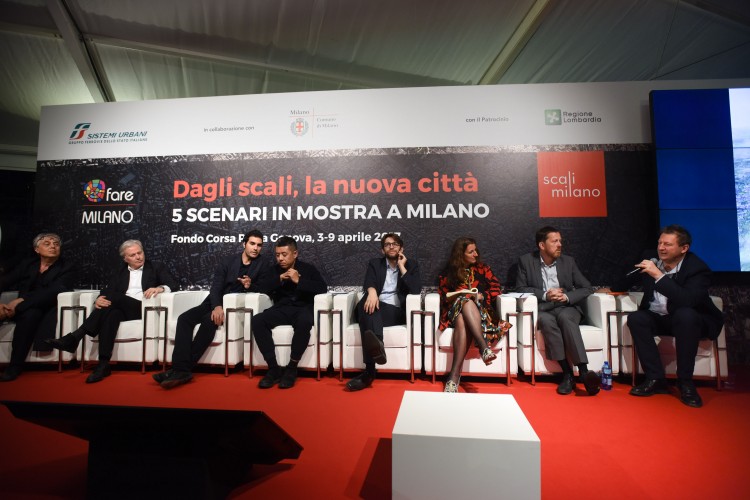 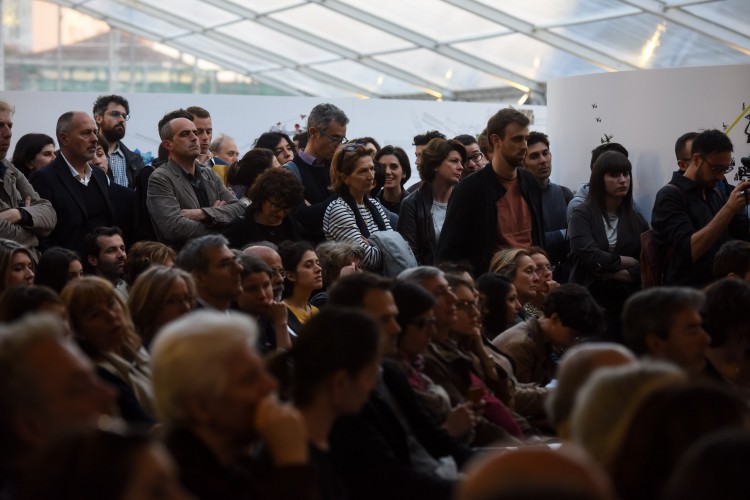 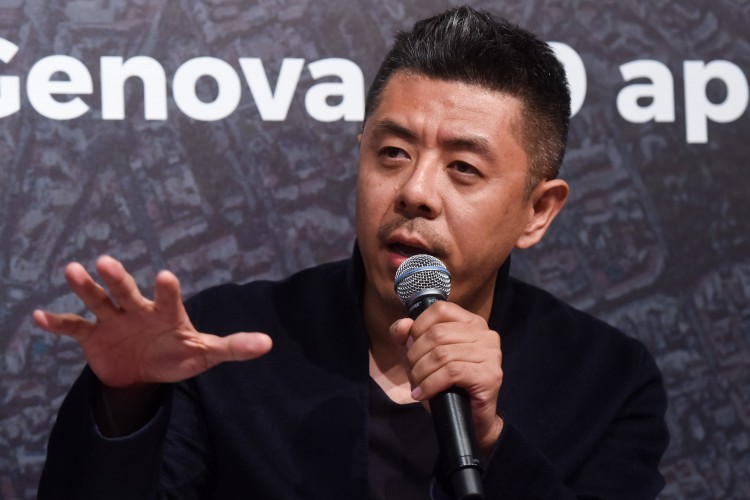