The Centre Pompidou in Paris hosts a year-long exhibition of MAD Architects in France. ‘MAD X’ showcases ten of MAD’s most significant projects to date. “While ‘X’ represents the ten projects that are on show, it also has another meaning – ‘X’ also signifies the ‘unknown’,” says Ma Yansong, Founder and Principal Partner of MAD. “With ‘X,’ I hope to express my desire for exploring unchartered territory, which I believe is more important than reiterating the past.” The permanent collection exhibition exemplifies the evolution of MAD’s architectural practice and design philosophy since its establishment in 2004, led by Ma Yansong, Dang Qun, and Yosuke Hayano. 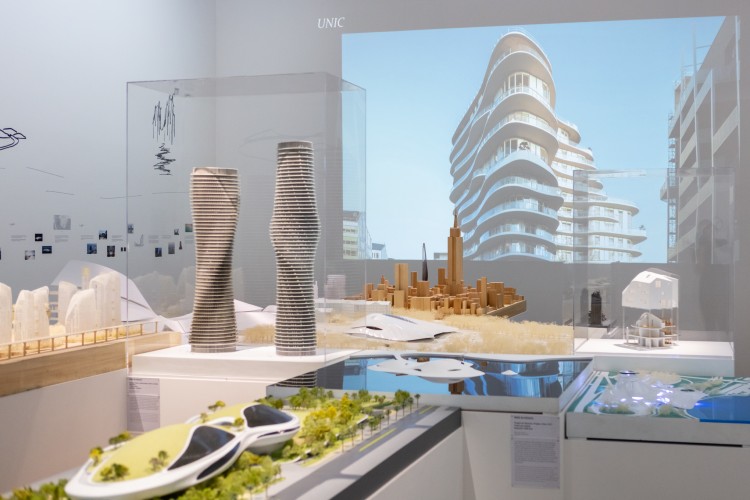 Frédéric Migayrou, Deputy Director of the Centre Pompidou, and Curator of ‘MAD X’ says of the exhibition, “This invitation to MAD is precisely because of the uniqueness of the firm’s creations. Contemporary architecture needs more architects like Ma Yansong, young architects who bravely challenge and influence more young people, the general public, and decision makers to think about the future of design.” 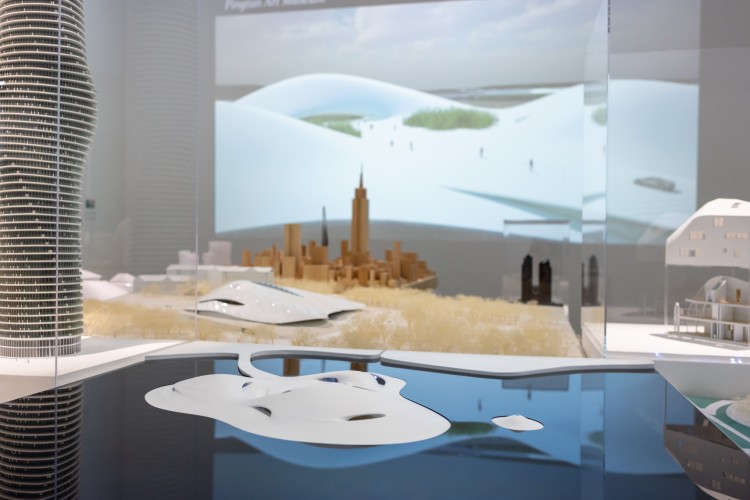 The scenography of ‘MAD X’ sees the collection of twelve models forming an island at the centre of the exhibition space. Collectively, they create a harmonious new city that expresses the feeling of ‘landscape’ often experienced through many of MAD’s works – a new type of metropolis that is filled with the unknown, yet with vaguely familiar forms and spaces that are slowly becoming a new reality. 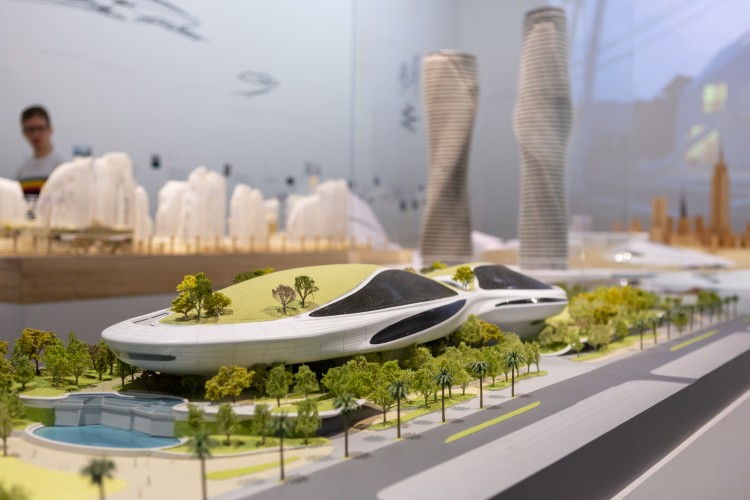 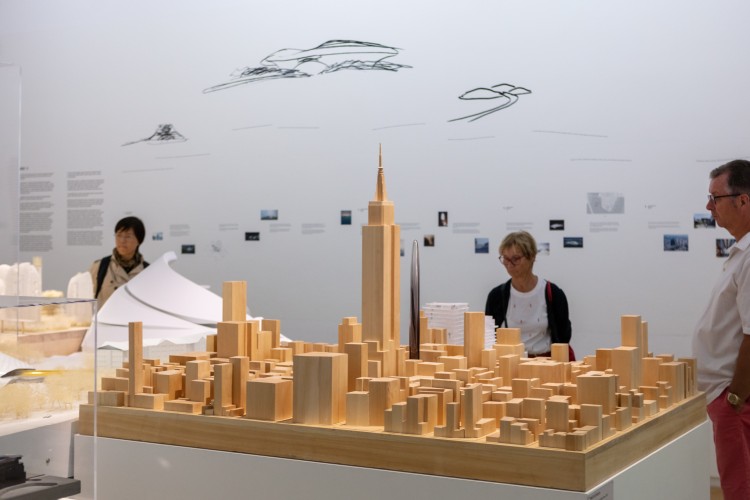 The ‘landscape’ emerges between images and words, sketches and poems, like pages of a book floating in the atmosphere. Contrasting the actuality of the rigid, matchbox cities in which the projects are individually located, combined, they create an emotional atmosphere – one that is often reflected in Eastern philosophy – that nurtures a spiritual connection between humanity and nature. Each unique work of architecture demonstrates MAD’s exploration of a type of ‘dream architecture’ that seeks to open up a dialogue with nature, earth, and the sky. 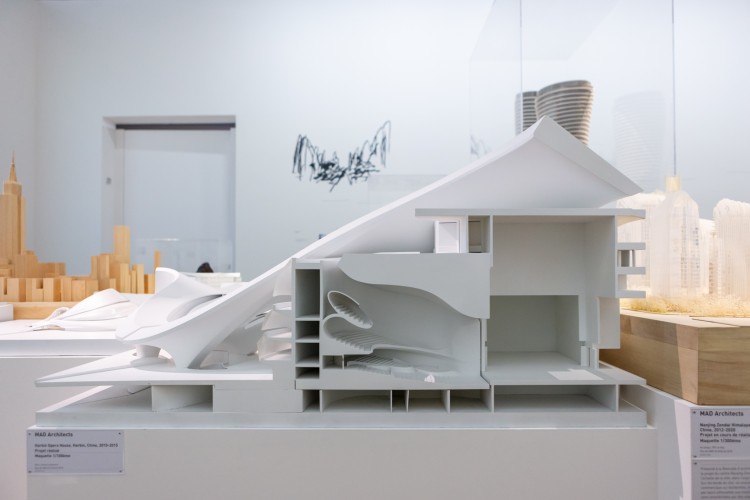 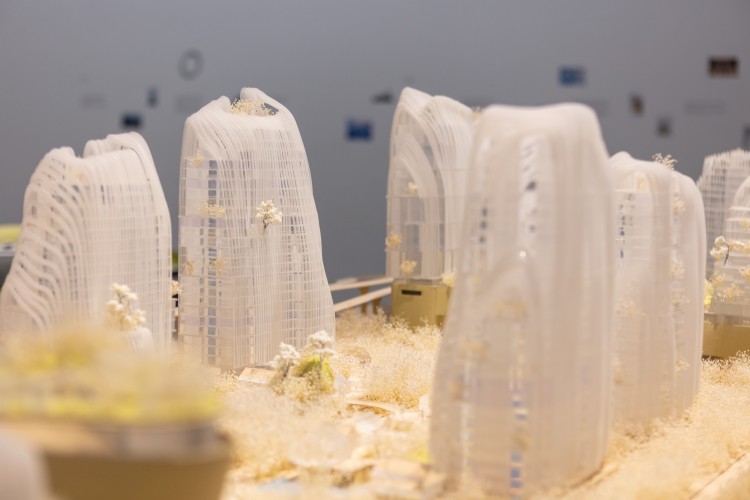