MAD Architects announces the opening of a new office in Jiaxing, China. Headquartered in Beijing, this will be the firm’s second office in China, and its fourth in the world. 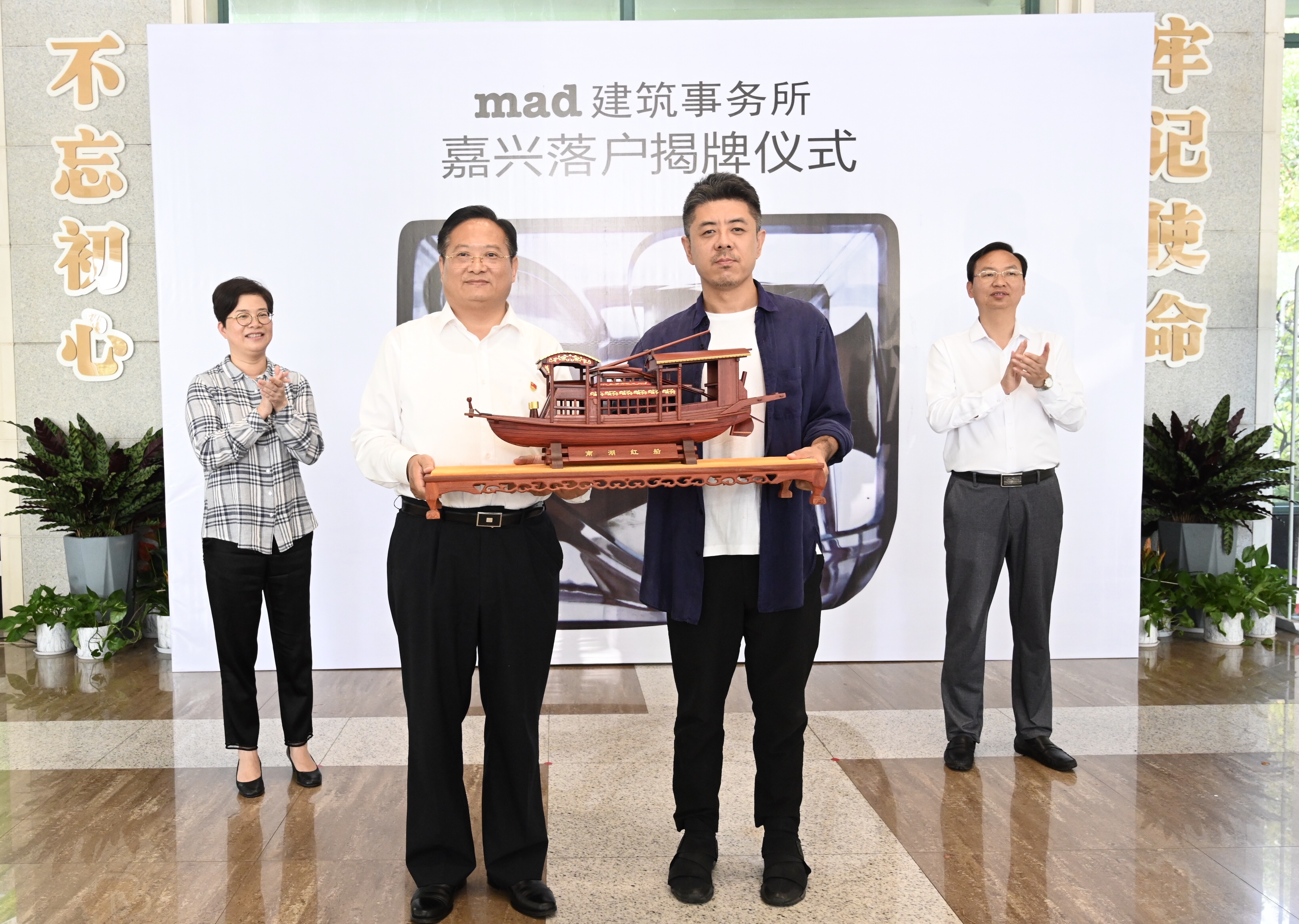 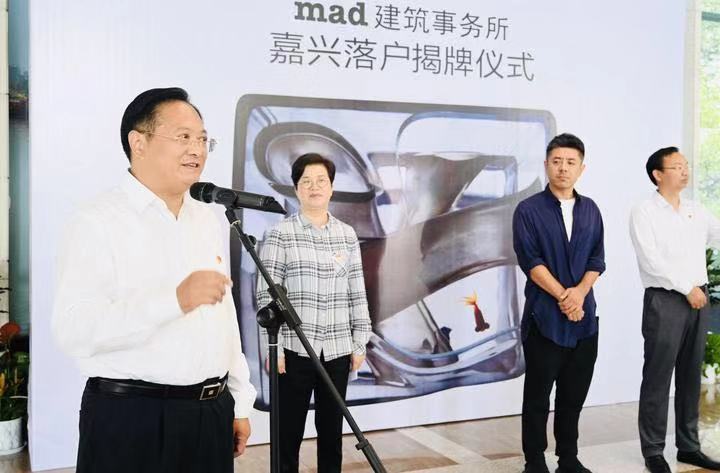 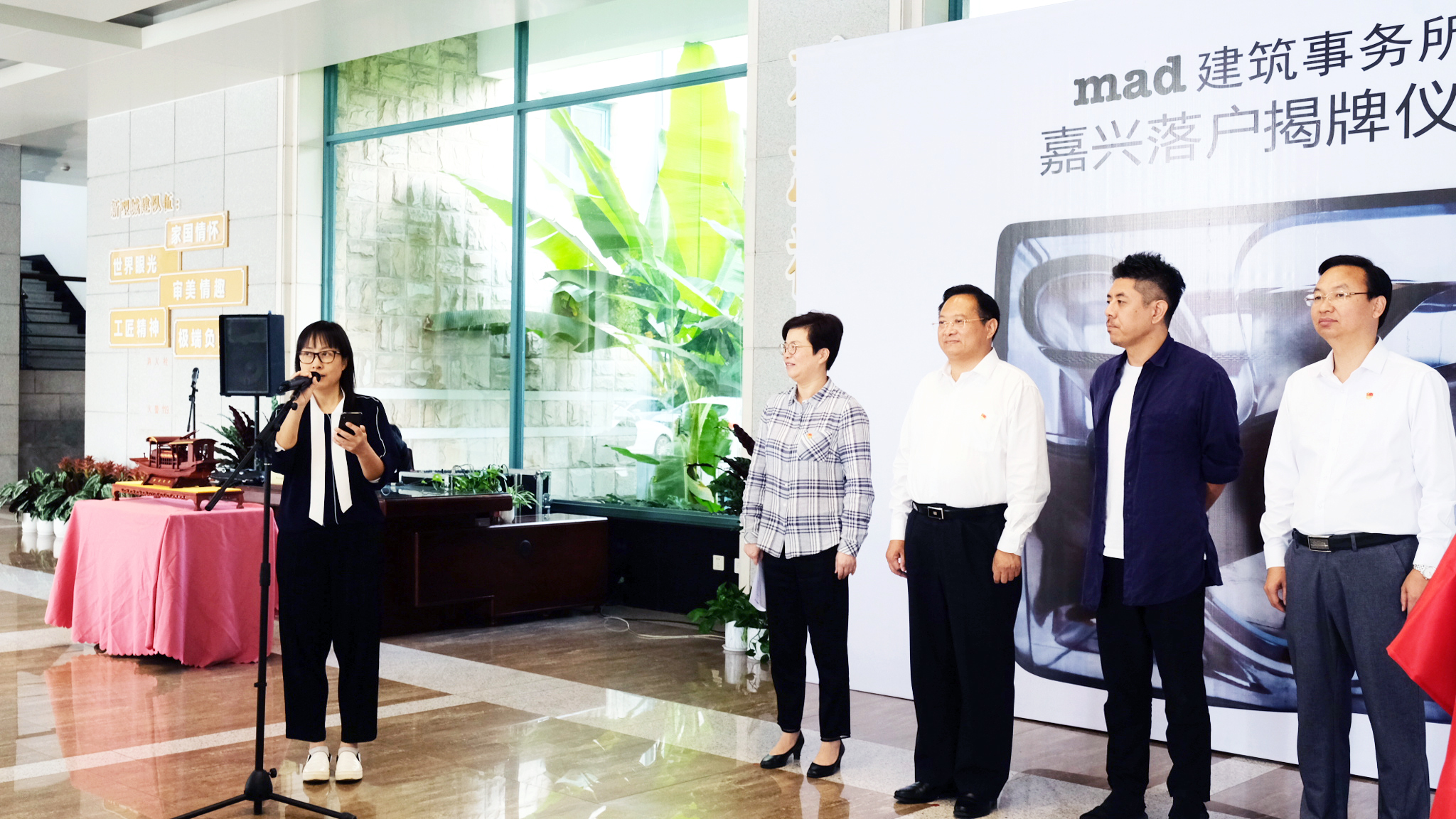 Located in northeastern Zhejiang Province, Jiaxing is part of the Yangtze River Delta, an important economic and commercial zone for China. Jiaxing was the birthplace of the Majiabang Culture dating back to 5000 to 3300 BC. First officially formed in Qin Dynasty, Jiaxing is a well-known “land of milk and honey,” a famous historic and cultural city enjoying an inhabited history of over two thousand years. In recent times, Jiaxing plays a strategic role in the “Yangtze River Delta Integration”, a regional planning strategy for the Delta to become a world-class megalopolis.

In recent years, MAD has been actively involved in the urban design, construction, and renewal of Jiaxing. The new Jiaxing office will serve to forge new relations for MAD within the Yangtze River Delta region, while supporting several existing projects underway in the area. Shen Xiaohong, Deputy Mayor of Jiaxing City said at the opening ceremony: “MAD is the most promising young firm in China today. It is also a Chinese architectural practice that has risen rapidly in recent years, attracting a lot of attention within the international architecture community. MAD is a leading force, and we hope that their settlement in Jiaxing will contribute to building quality architectural achievements in the region.” 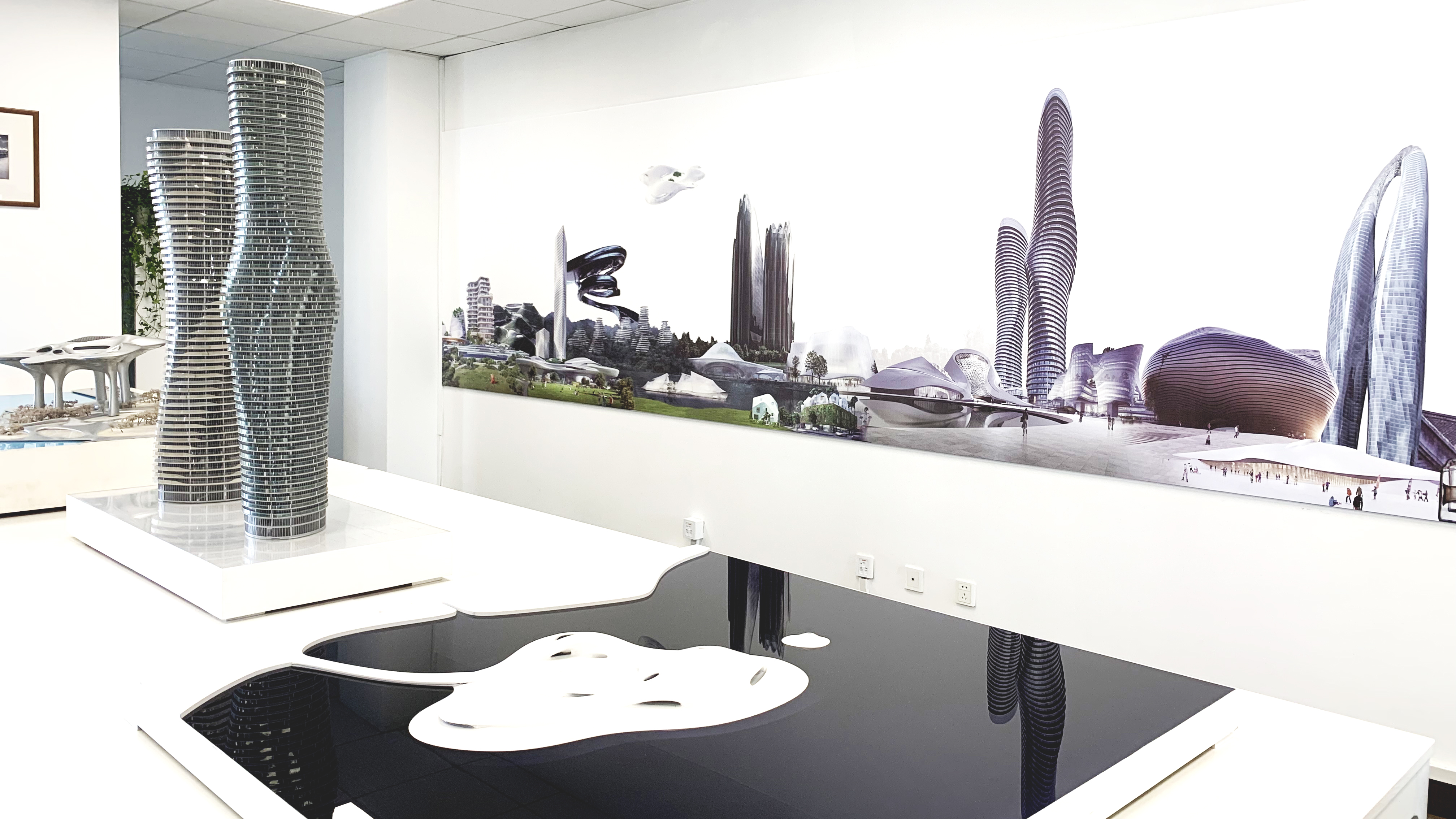 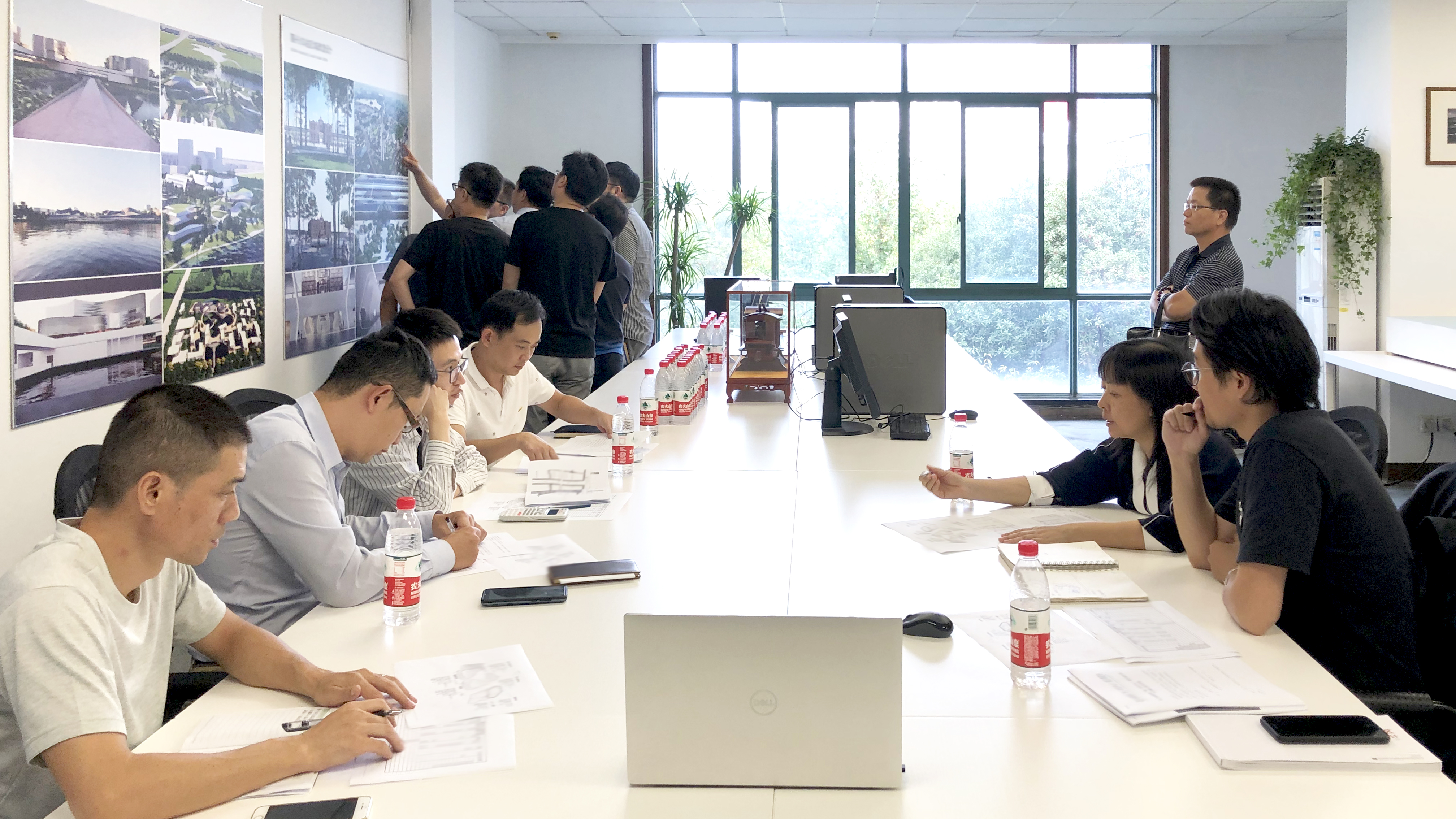 Founded in 2004 by Ma Yansong and led by Ma Yansong, Dang Qun and Yosuke Hayano, MAD Architects is an international architecture firm that is dedicated to creating a type of ‘dream architecture’ that opens up a dialogue with nature, earth and sky. With more than 130 employees from over 15 regions in the world, MAD currently has over 70 ongoing and completed project in 39 cities, with typologies including culture, education, office, urban mixed-use, masterplan and urban renovation.

Beijing is the headquarters of MAD Architects, the place that produced the design of MAD’s landmark projects, including the “Absolute Towers” (Canada), “Harbin Opera House” (China), “Chaoyang Park Plaza” (China), and “Clover House” (Japan). In 2014, MAD opened an office in Los Angeles to lead the firm’s projects in the Americas, which include the residential complex “Gardenhouse” in Beverly Hills, soon to be MAD’s first project to be completed in the US, as well as the “Lucas Museum of Narrative Art”. Then, in 2016 its office in Rome, Italy was born. Managing projects such as “UNIC”, a residential mixed-use complex being built in Paris’ newly developed Clichy-Batignolles neighbourhood, and “Fenix Rotterdam” which sees the transformation of the historic Fenix Factory into an immigration museum, it is responsible for the development of the firm’s European projects. 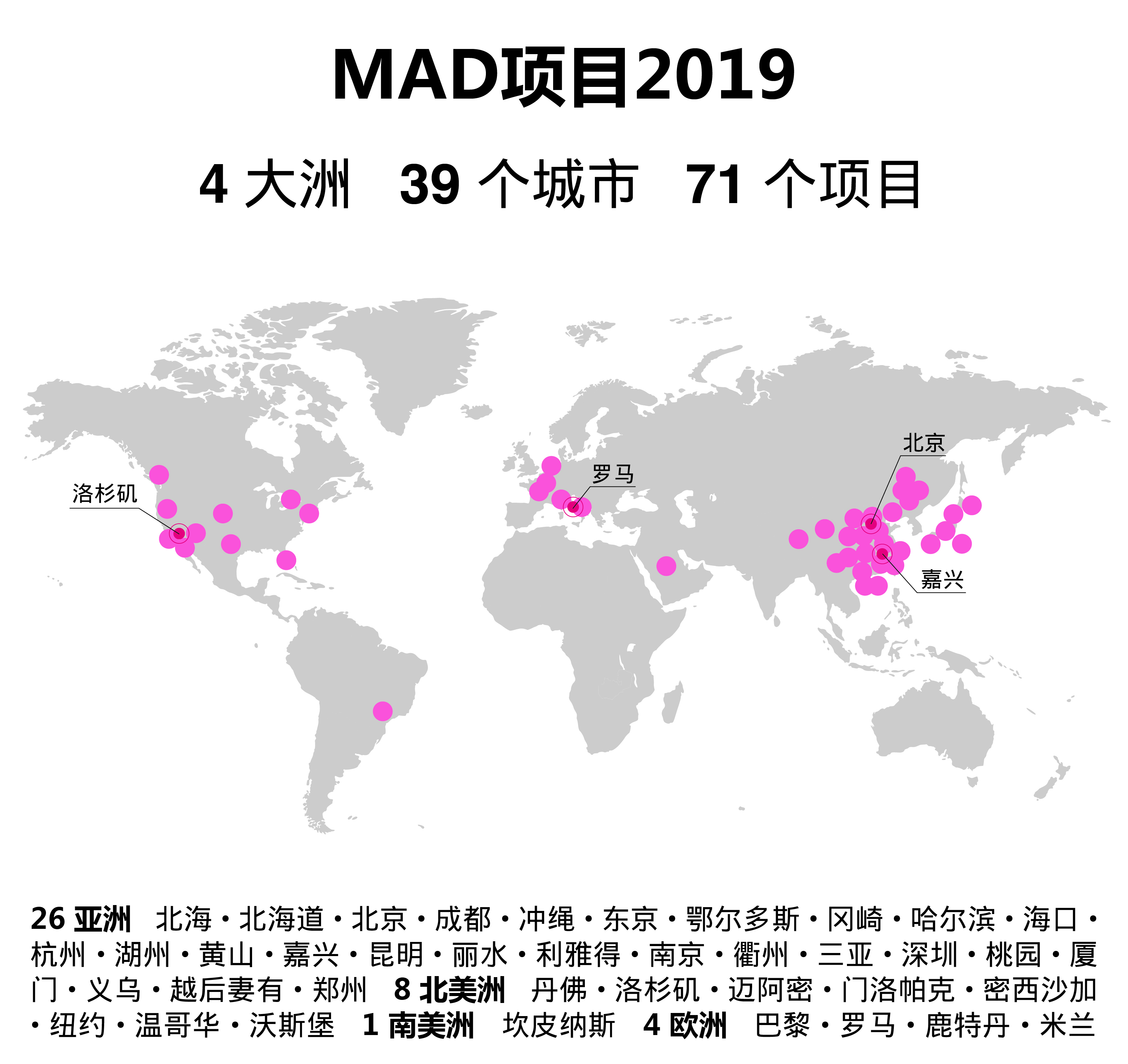