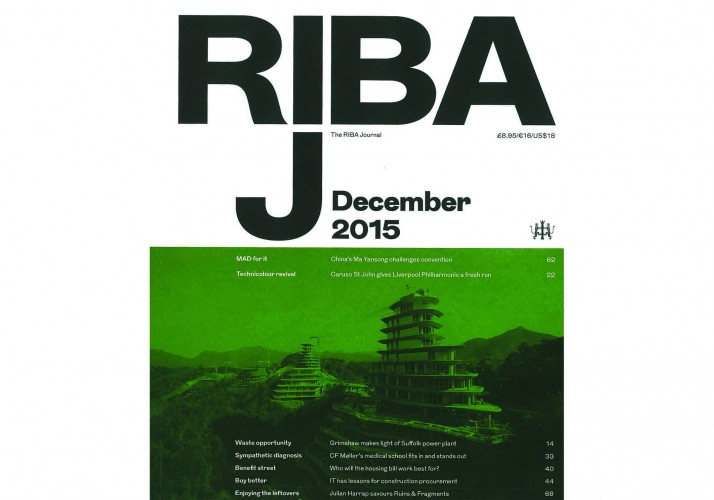 The 12th issue of RIBA Journal 2015 published the cover story of an exclusive interview with Ma Yansong, and the latest construction images of Huangshan Mountain Village.

The article described “MAD Architects has burst out of China, building dramatic structures from east to west. The Huangshan Mountain Village, it’s a housing development designed to form a new topographical layer in the landscape- tress and mountains at once.” MA Yansong also shared the stories of the 11-year-old MAD Architects, as well as his interpretation of how the future architecture should be: Instead of focusing mainly on forms and functions like Modern architecture do, the nature human emotion should be considered and prioritized in design. It’s about restoring a space for nature and people to connect.

The RIBA Journal is the official publication of the Royal Institute of British Architects since 1893 and is one of Britain's most influential architecture magazines.